One Take Super 8 in Saskatoon 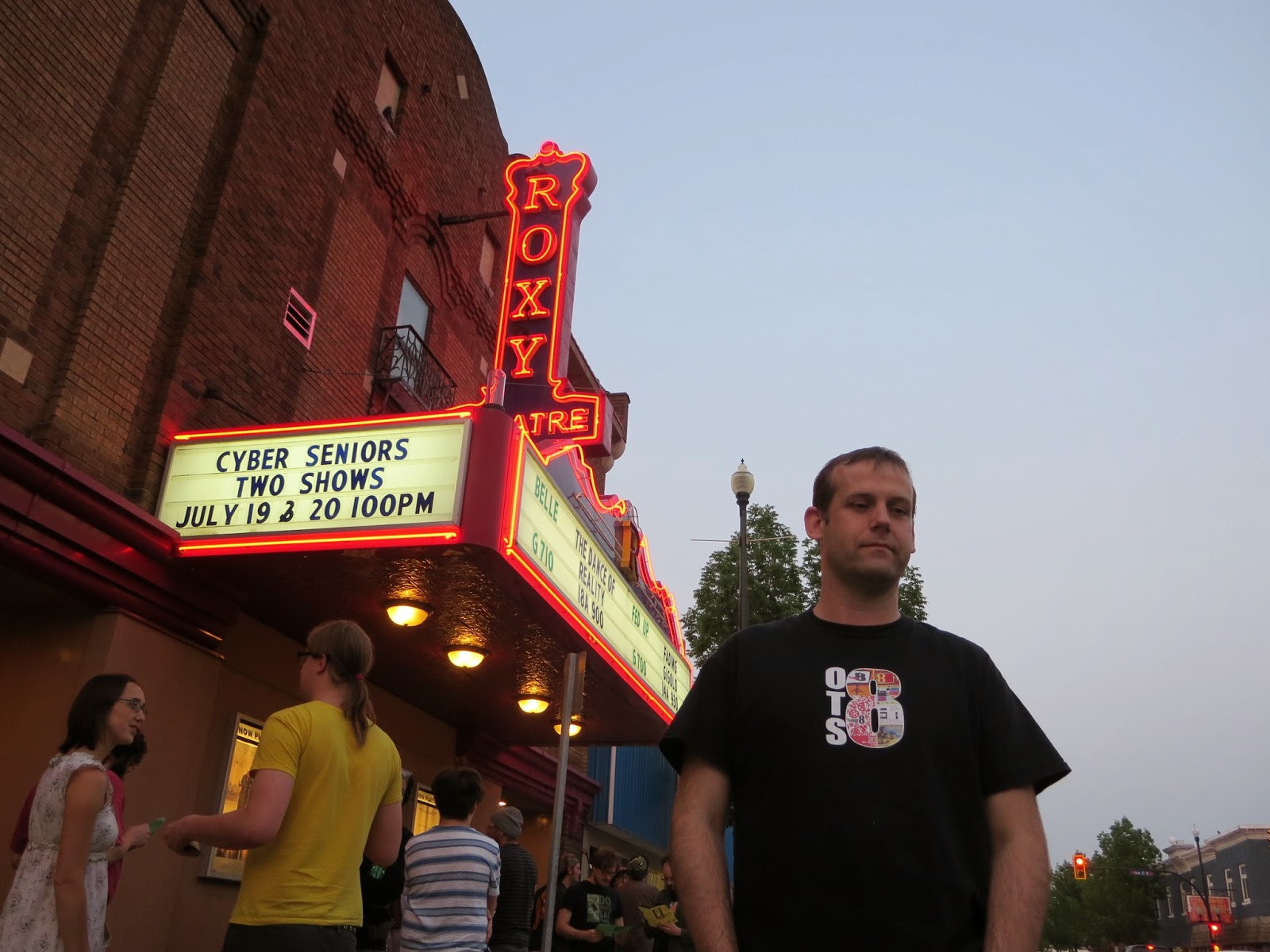 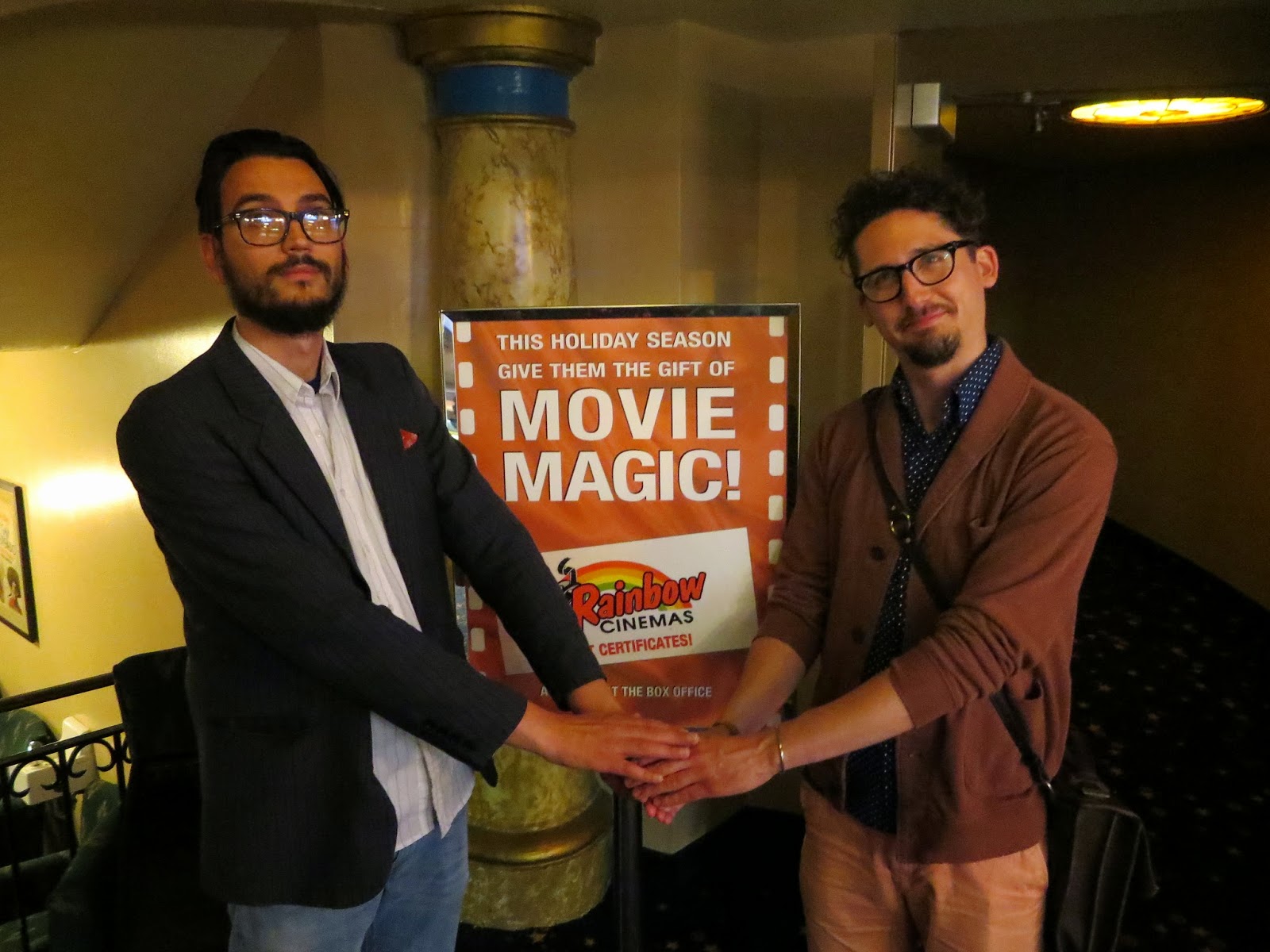 We drove up to Saskatoon for the newest incarnation of the One Take Super 8 Event, hosted by Alex Rogalski at the Roxy Theatre. Alex began this program in Regina in 2000 and ran for 11 incarnations here. Now it appears to be permanently re-established in Saskatoon with some veteran and some new filmmakers taking on the challenge of creating and presenting work in this fun old medium. That said, there were a number of great films which came from Regina filmmakers including a mesmerizing cut out animated film by Ian Campbell. Colby Richardson's film evoked the strangeness that super-8 is always so good for. The collaboration between Chrystene Ells and Berny Hi was deeply personal while remaining informative, funny, and artistically stylish. Certainly the biggest crowd pleaser and show stealer was Eric Hill's submission, a play on Norman McLaren's "Neighbors" featuring two fine improv performers in a macabre balloon competition. My film could have been successful but for a glitch which happened to all of the films. It seems that Pro8 clipped the first foot or so of every roll they processed. In super-8, this means 72 frames or 4 seconds. It might have even been a bit more. As a result, my sync was very very off and more importantly, the film ended a few seconds before the soundtrack did which means the story didn't complete correctly. I will be able to fix this in post, adding the digital beginning onto the super-8, but it did cause me a lot of anxiety at the time. However, as expected, the audience for these events is always supportive and understanding.

Alongside the people already mentioned, I also saw Paul Crepeau (bright and chipper, even though it was past 9 pm) and Brent Braaten, visiting from Spain where he's now living. Check out his Tumblr page for his great drawings and odd super-8 films.

I didn't know at the time that Eric's was based off of Neighbours, but it makes sense now and is quite clever. I thought the ending was great and really reminded me of the the location of playing chess with Death in The Seventh Seal.
I was overall impressed and delighted to see work from artists I hadn't heard of before.