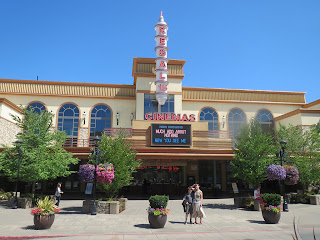 While Veronica and the girls were at their cooking class today, we went to a rather interesting outdoor mall, which basically resembled a village of high end stores, where a grand cinema palace also stood. It was the closer of two theatres in the city showing the Joss Whedon adaptation of William Shakespeare's "Much Ado About Nothing", which was far from nothing. We laughed and laughed, a truly comical film and a testament to how accessible Shakespeare can be with good performance and direction. Later in the day, reconnected with our host and family and continued doing fun and cool stuff, most notably going to the Portland version of the science centre where we not only saw a rare exhibition of real mummies from around the world (photos weren't allowed so of course I got a few, but only a few) and we toured a naval submarine (where photos were allowed so I took vast numbers). One interesting story about the sub is that the crew got the best food in the military (to compensate for the rather unnerving and close living conditions). However, storage of food was the biggest issue so even though the ceiling was only six feet high, they would line the passageways with the large 12 inch high cans of food and put mats on top of the cans so that they could fit food at the price of hunching. On longer missions, they would put two stacks of cans!. 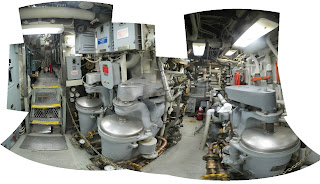 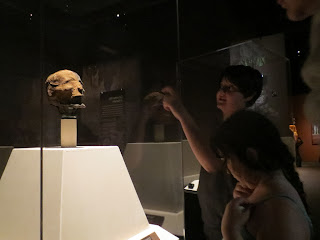