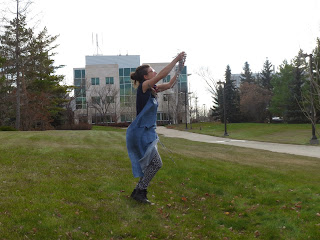 Grad student Amber PB asked me to help her develop a roll of tri-x reversal super-8 film, as a positive, today. I've been having some issues with reversal other than the high con in the past couple of years because of the change that Kodak made in the reversing bleach. Before getting into the lab, I did some more research and found one situation which said that the new and old films are both backward and forward compatible with the old and new bleaches. However, if you use the old R-09 bleach, the film needs to be shot with a lower ISO. With the R-10 bleach, it gets a higher ISO. In other words, if you use the new bleach (which is supposed to be less toxic) you don't need as much light to shoot the film. However, I still have not been able to find the formula for R-10. Amber's film was already shot, so adjusting the ISO was impossible. Therefore, gave her the choice of mailing it to a lab, or experimenting. She seems adventurous so I wasn't surprised that she chose the latter. I had her push the roll in the first developer (Ilford ID-11 at 30 degrees for 10 minutes instead of 6) and then the rest of the process the same. I think the results looked okay, but I didn't have a chance to see them projected. I am not sure if the blacks were very solid, but I also don't know what the images are. Overall, she was happy (as  you can see, she is doing the film dance).
Posted by Gerald Saul at 5:30 PM

My knowledge of hand processing has been quite solidified after an hour of dark room time with Gerald. Also, I am surprised that I was never told about the film dance before...