Clues lead to attempt on my goldfish's life 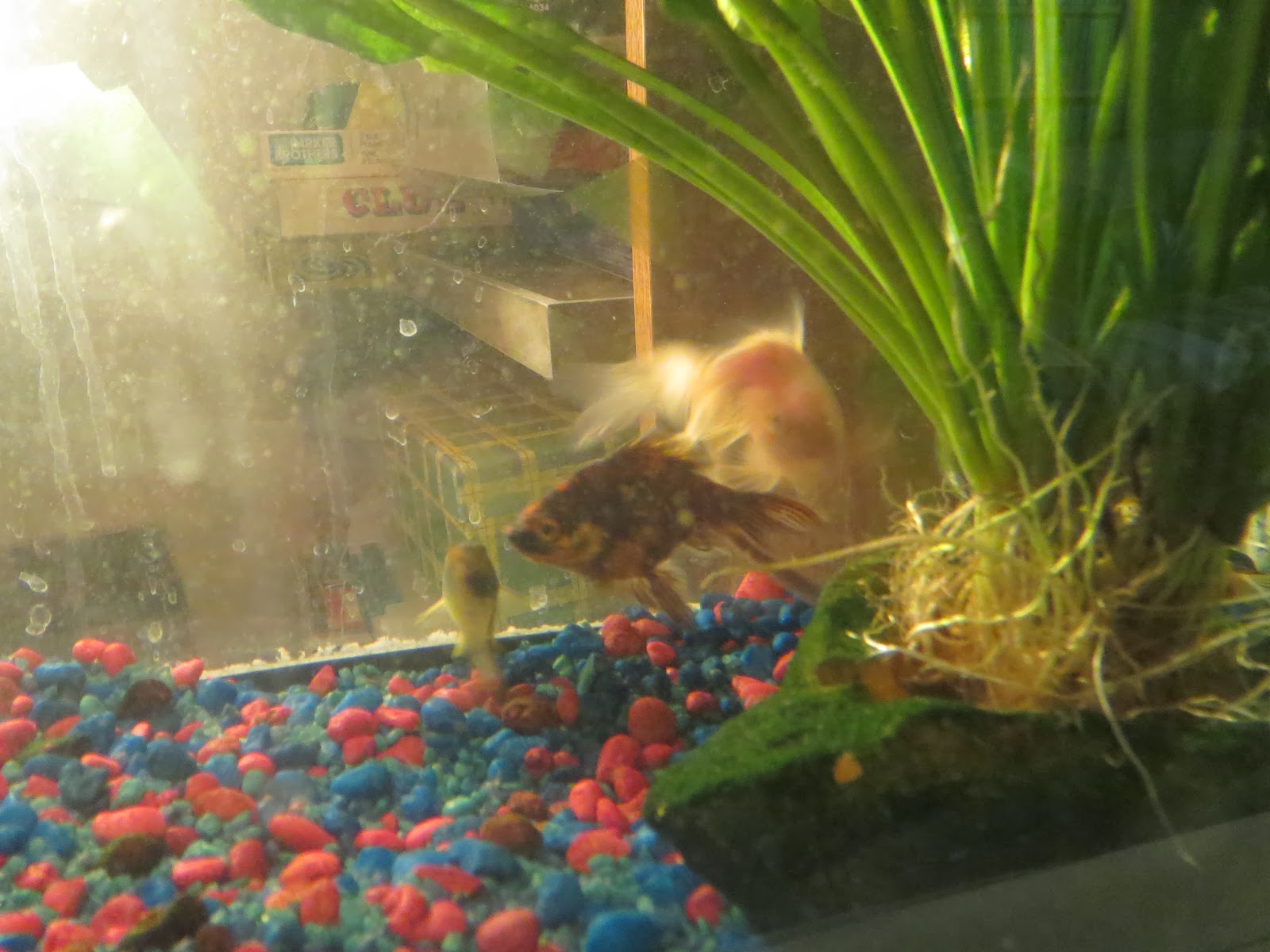 I  cleaned my fish tank at lunchtime today. All four fish seemed happy as I did it. When I came home at five, I couldn't see one of them, the large brown goldfish called "Hit" (the partner of "Mist"). I thought that I'd not secured the cover of the tank correctly so I searched the floor for signs of an accidental suicide but could find nothing. Out cat was naturally curious about me on the floor so she fell under suspicion next. However, she had left no evidence so I had only a theory. Margaret came down and we studied the inside of the tank carefully with a flashlight. In case it was somehow hiding, I lifted the two hiding rocks, but there was nothing. Then I picked up the ring rock which held the plant in place and out he swam!!! I'd dropped the plant on him five hours before and he'd he stuck, waiting to die! The other fish had seemed sombre and had been sitting on the bottom, certainly aware of his plight. I hope I've not damaged him. He seems to be swimming around just fine, but his fins are in.
The attempt on his life was by me!
Posted by Gerald Saul at 5:30 PM