Cat on a Water Tank

William thought we should call a film "Cat on a Water Tank". I have no idea what it would be about. 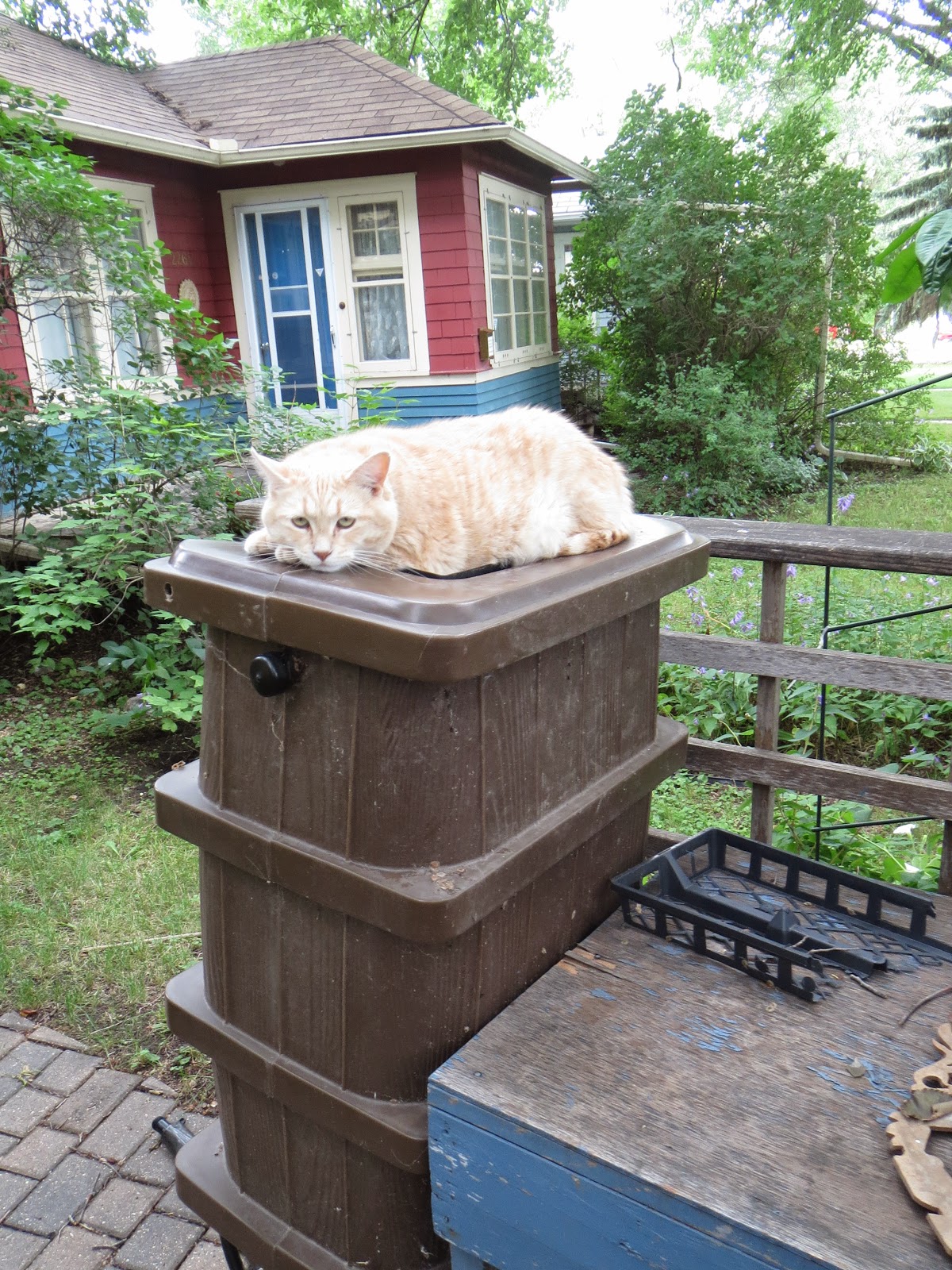 My internet started failing again this evening. I was on the phone with Access for a half hour. They could see something odd and inconsistent was happening. I'll get another service call later in the week this time to see if the outdoor line is the problem.
We went to Guardians of the Galaxy tonight. It was great fun. I've not read this comic since the incarnation in the 1970s, so very little was familiar. However, they chose not to spoon feed the back story, wisely intuiting that this would slow the film down beyond anyone's tolerance. Instead, aliens and characters who obviously have pasts and reasons for doing stuff just interacted in the story and the audience is just expected to keep up. Not difficult and much more fun that way.
Posted by Gerald Saul at 8:49 PM