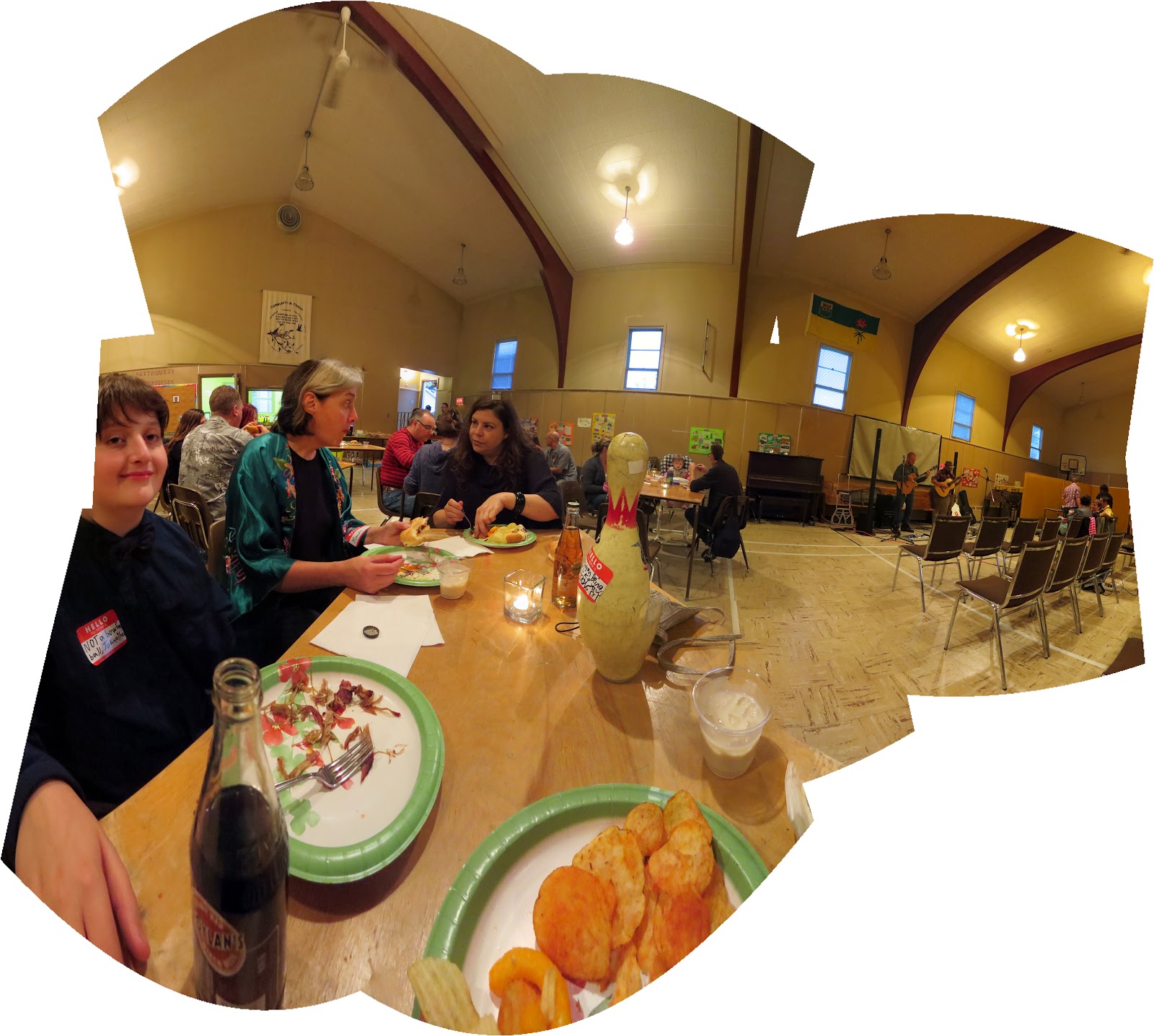 Last night we attended John Kennedy's charity fundraiser on the Big Lebowski theme. Due to rain, he moved it to the church basement. Great food and company. Of course the group of 40-50, which was an uncontrollable mob in John's back yard, were more sparse in the larger indoor space. I killed three White Russians and won a door prize, FOLGERS COFFEE! Margaret shared second prize (as one of the two Maudes) which garnered her not only applause but also a half a blue ribbon. 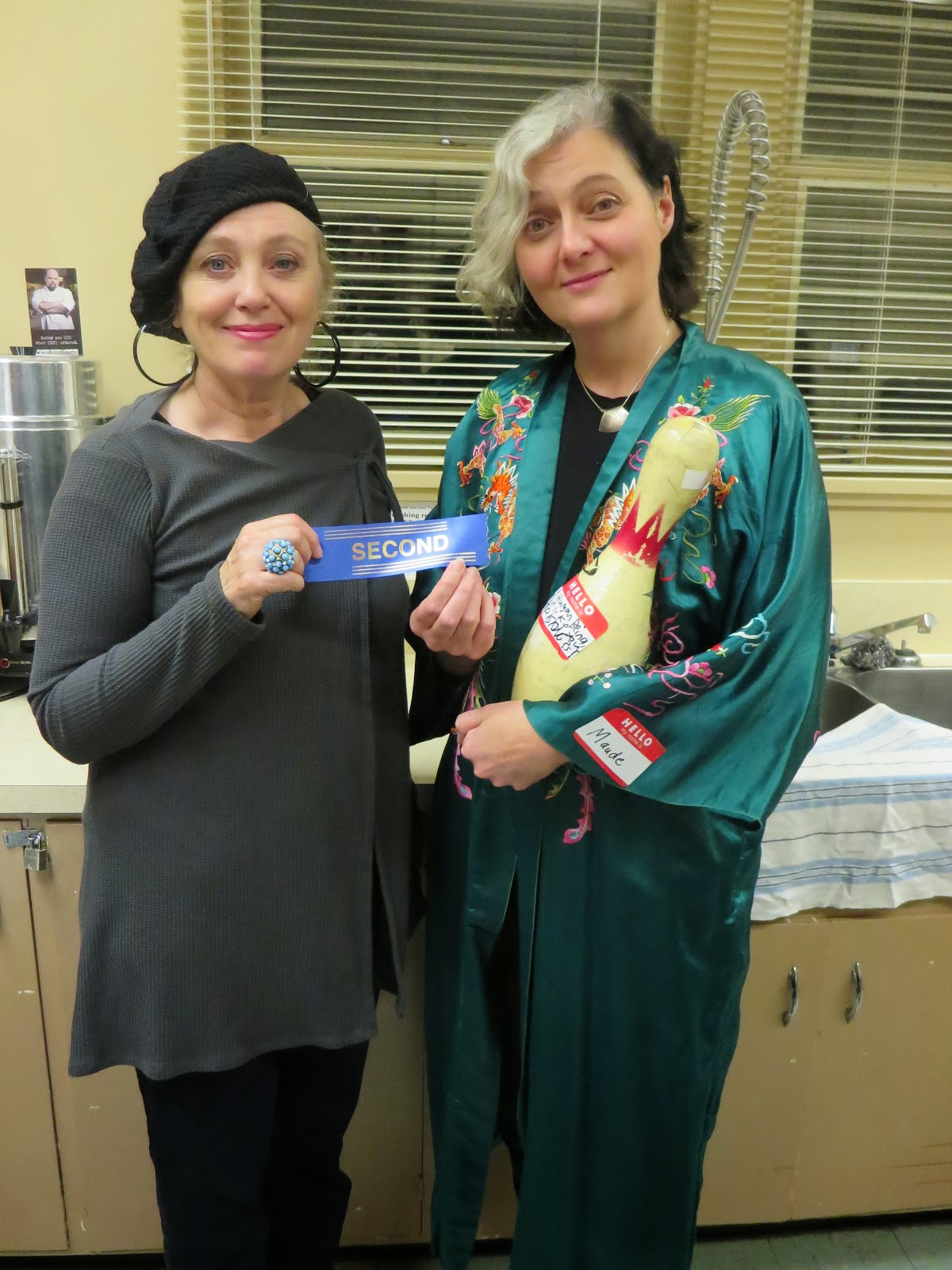