"I think Doug Morton is a fink"?

When the large Douglas Morton painting "Continuum" was removed from the entrance way wall on Sunday, and the canvas was removed from the stretcher, a penciled message was revealed. This had to have been written by someone while the canvas was being attached, assumably before the painting was even painted. It reads "I think Doug Morton is a fink" and then is initialled. Based upon the "T" in the initials, the opportunity, and the opinion of people that it would fit his sense of humour, the working theory is that this was written by fellow Regina Five artist, Ted Godwin. This joke took 47 years to be revealed. 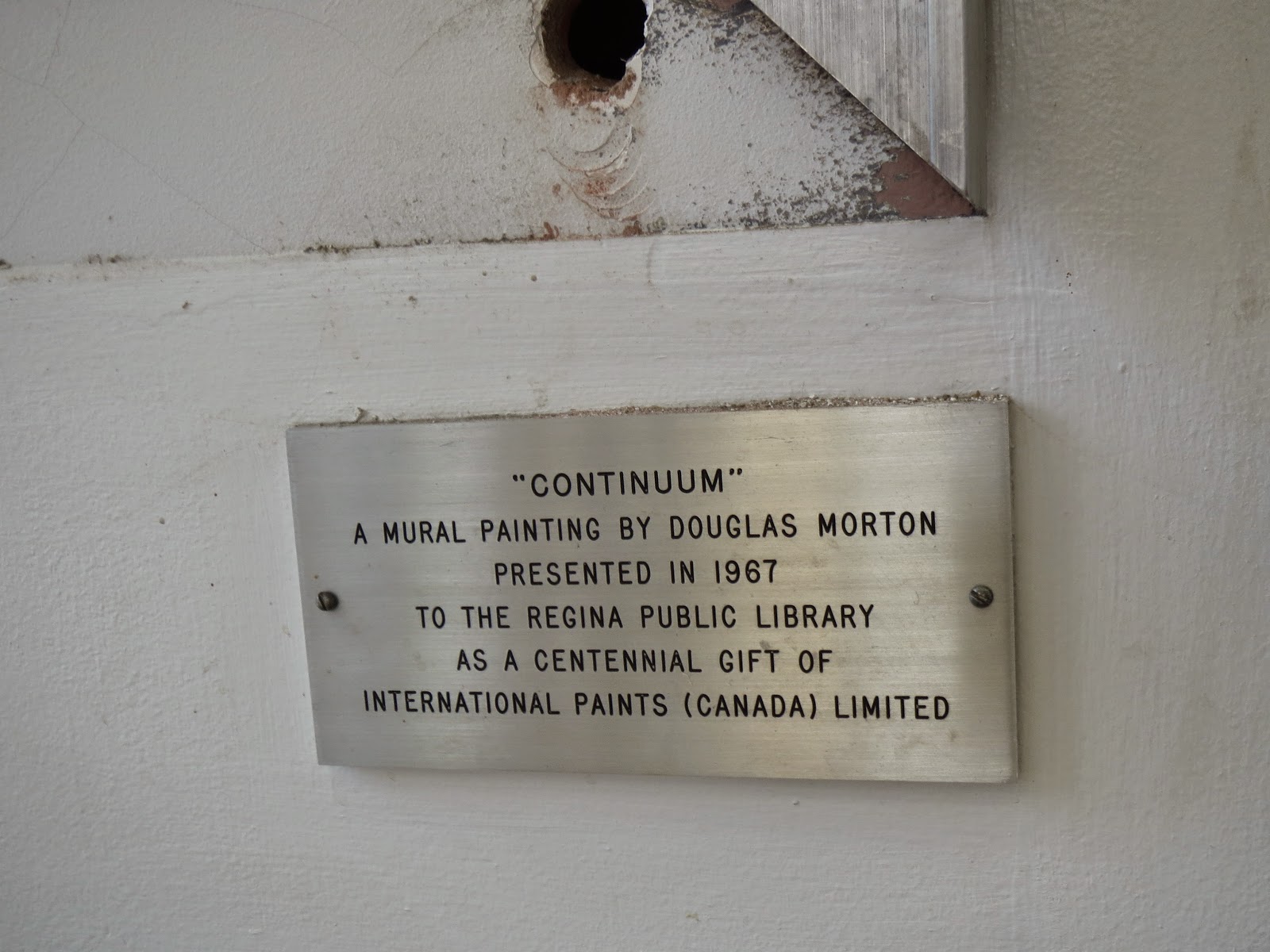 I found this particular article interesting as well as humorous...i didn't know Ted personally but it seems in keeping with what i've heard of him. I took the liberty of forwarding the photos (of the 'fink' note & the plaque)to my friend Peter Thielsen in Calgary. He was a long time friend of Ted's and for a time represented Ted, as well as other artists of Western Canada. It's his opinion that the 'fink' note is, indeed by Ted. I quote: "This is definitely Ted's writing - he often signed just 't'or 'ted'."