Jaimz Asmundson at the Filmpool 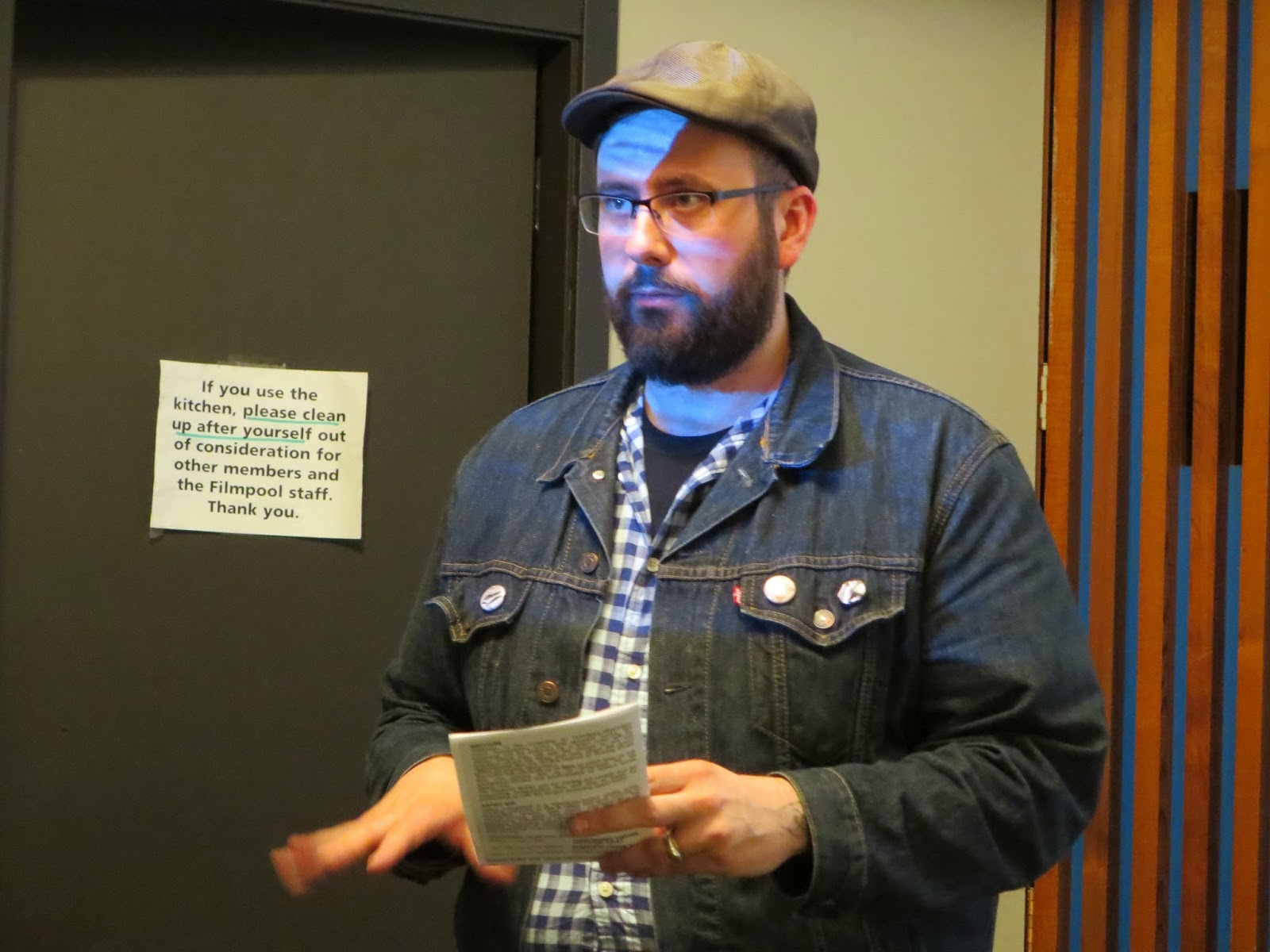 Delighted to meet Jaimz Asmundson again at the Filmpool this evening. William and I went (unfortunately missing the big MacKenizie opening) and really enjoyed the films. He completed a work to 35mm this year and has encountered the same problem I had with "Seeds" in that no one wants to, or is able to, screen 35mm any more. He included a couple of his One Take Super 8 films and I was very amused by his one about goths going to the mall. His stories about it afterwards, of getting threatened with a knife, about getting kicked out of the mall, and about getting a bottle thrown at them for being goths (which they  were only posing as) enhanced the interest in this little film. Great time. Nice crown. William, Rania, An, and I had a chat about propaganda, Russia, and China after the screening.
Posted by Gerald Saul at 9:48 PM