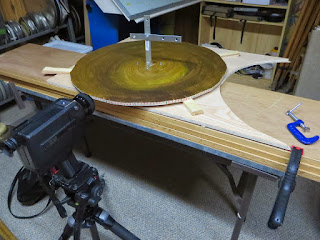 The one take super 8 film I'm trying to shoot, which was suggested by Ken Wilson, is requiring many more hours of preparation than I'd initially anticipated. It led me to driving to multiple hardware stores, using a saw I've never used before, planning, drawing, painting, and scheming but not actually filmming. That will come tomorrow.
Posted by Gerald Saul at 11:33 PM