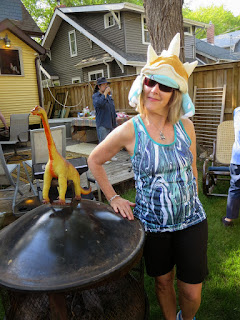 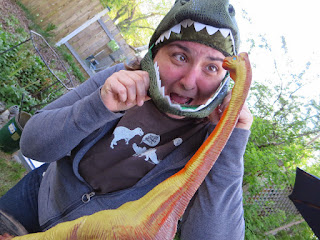 As a special "Terrible Film Festival" event, having not held this hand-processing film exhibition in two years, four graduate students and I took over the YAAG  and hosted a screening as part of the Cathedral Village Festival this week. The five of us (Dianne Ouellette, Rania Al Harthi, An An, and Ken Wilson along with, for the first time, me), screened work created over the past fourteen days as part of the Analog Film course. Of my four projectors, one had a burned out bulb and the other three broke down. This was highly aggravating since one of them was my really good slot load which is now making a strange noise when you turn the handle. Fortunately, Dianne brought one and we eventually compiled the multiple films (which were to show simultaneously on different screens, onto one reel and screened it on demand. The evening when on after the last screening (just after 8) and we hung around the fire until the wee hours. Allan and Jana came by after dark. William was the star of the day, bringing each guest bags of popcorn and suggesting that they participate in taking "patented dino-selfies" wearing Dianne's dinosaur hats.
Posted by Gerald Saul at 11:12 PM