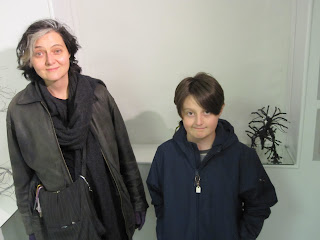 This evening was the opening of the very macabre show of the late artist Brett Taylor who died young a short time ago and left behind dozens of dark and dangerous sculptures and paintings (sharp in content as well as form as he used numerous wire and needles in their construction). The craft is quite high, although this often feels surprising due to the dark nature of the work which often reveals the young age of the artist. I've seen moody, Gothic, or similarly disparaging work from other young artists, but never as well executed (pun not intended) and I've seen work by older artists which is as well crafted but lacks this naive spin-in-your-face attitude. Fascinating contradiction. Rob Bos's gallery is called "Art Projects" and is at 1401 - 11th avenue. It's definitely worth taking a look at. 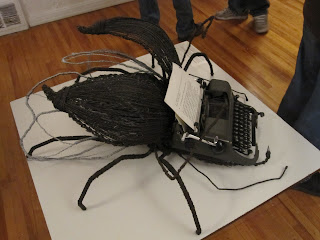