Last night, on the eve of Allan and Jana's wedding, they had us over for a house warming and gaming party. While it is a game that is designed to pull action into violent, sexual, and all around inappropriate activities, I felt it was okay for William to join in on a session of Apocalypse World. Chad was there, along with Allan's brother and a number of people I've not met before. William did well, playing a hoarder who was squirreled away in an underground lair. To create a momento of the evening, Allan covered his game table with paper and invited us to draw as we played, writing notes about the game or just doodling. William drew the characters and villains below: We went until midnight and could have gone much longer, lots of fun. 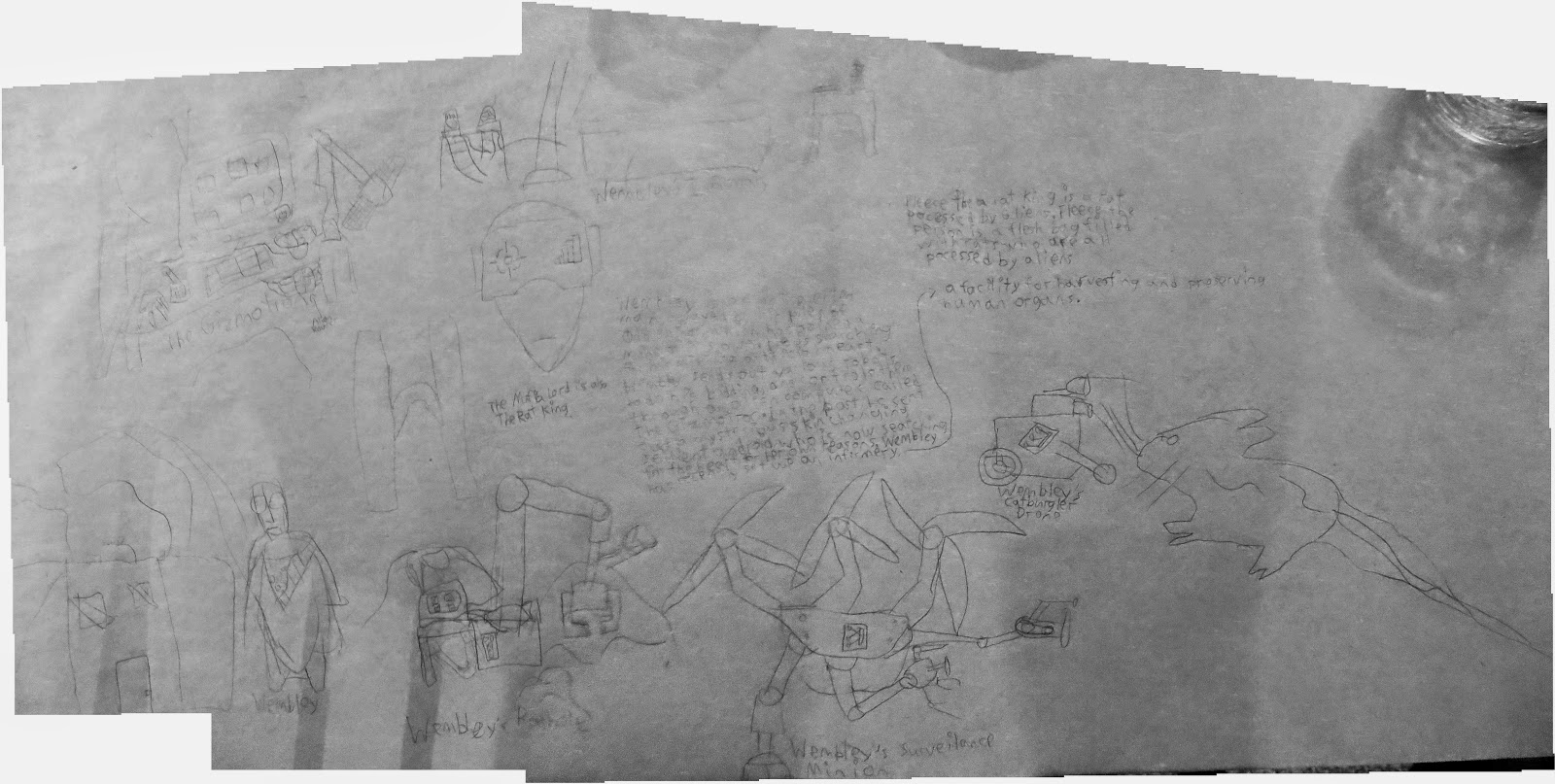