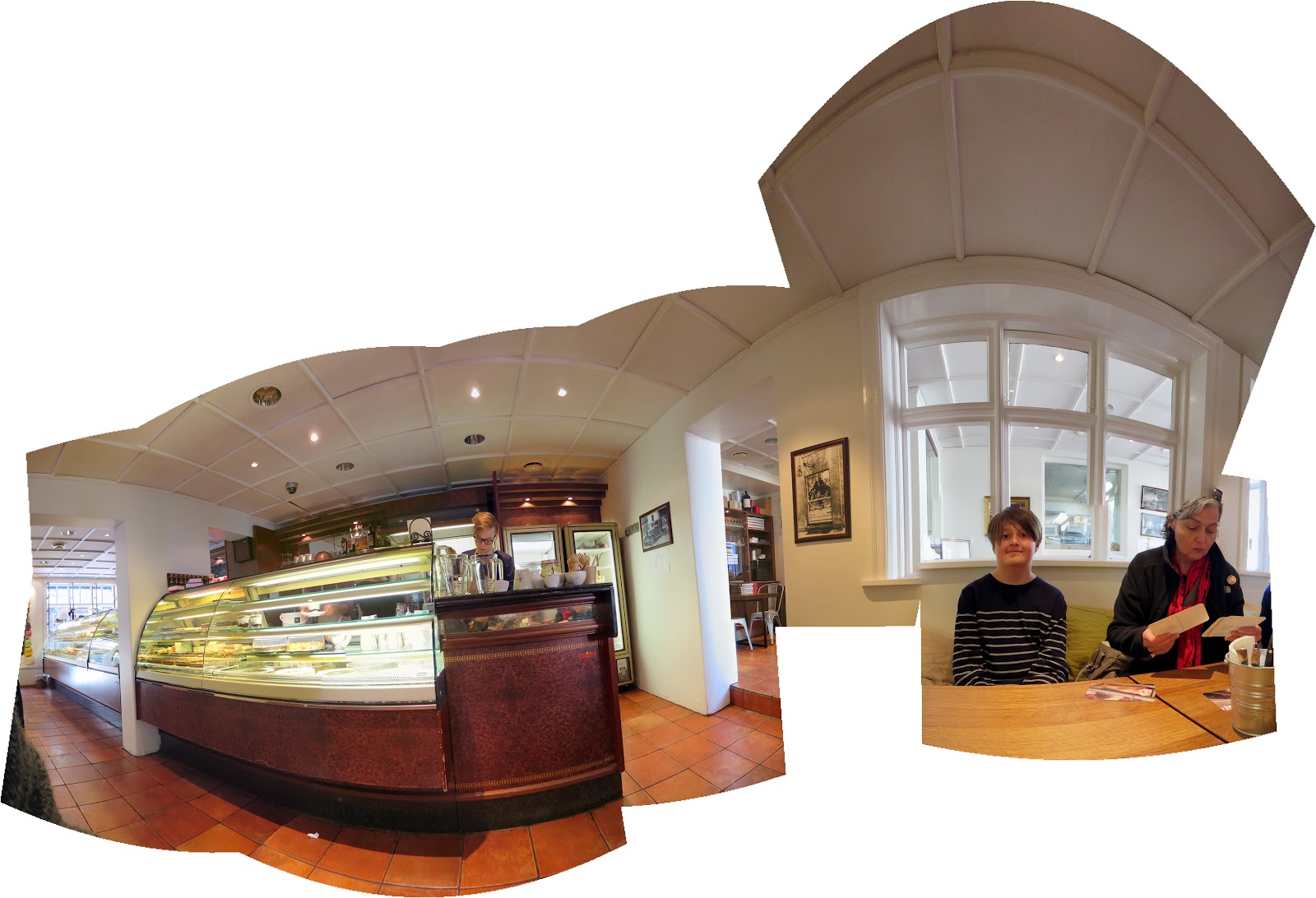 We began our day by packing all of our bags to move out of the hotel. The manager was, again, amazing and didn't require us to vacate on schedule but rather we got to keep the room until early afternoon when the bus was to pick us up for the airport. Relaxed, we went to the bakery (which we discovered too late) for breakfast. We usually just take out, but decided to sit down for coffee, Skyr yogurt and pastries. 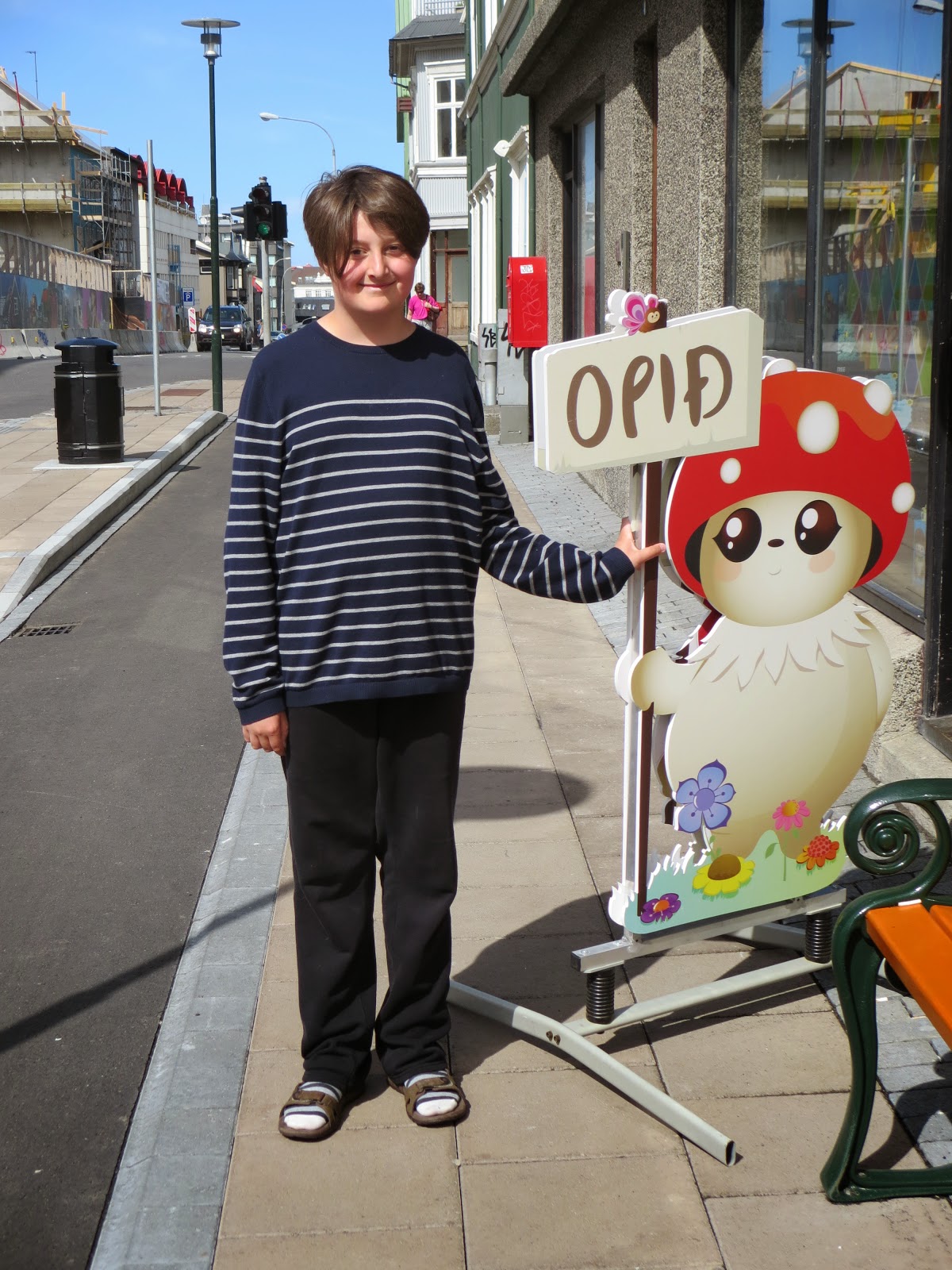 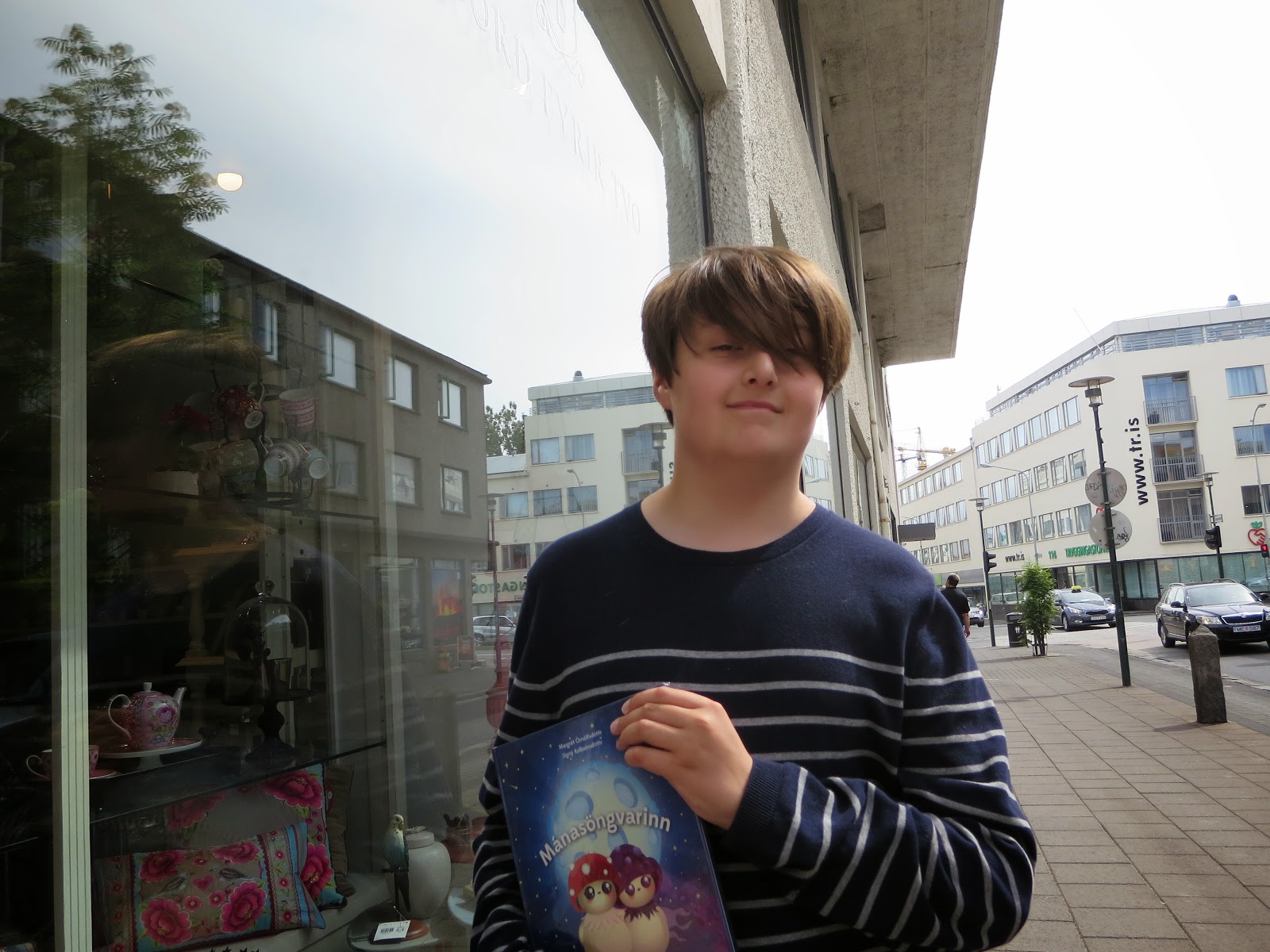 William's last request for the day was to return to a shop where a group were designing material around a fantasy world. It looks a bit Manga-like and is written in Icelandic. The storybook, "Manasongvarinn",  has not been translated into English yet so we'd passed on it when we were here the other day, but we returned a purchased a copy. 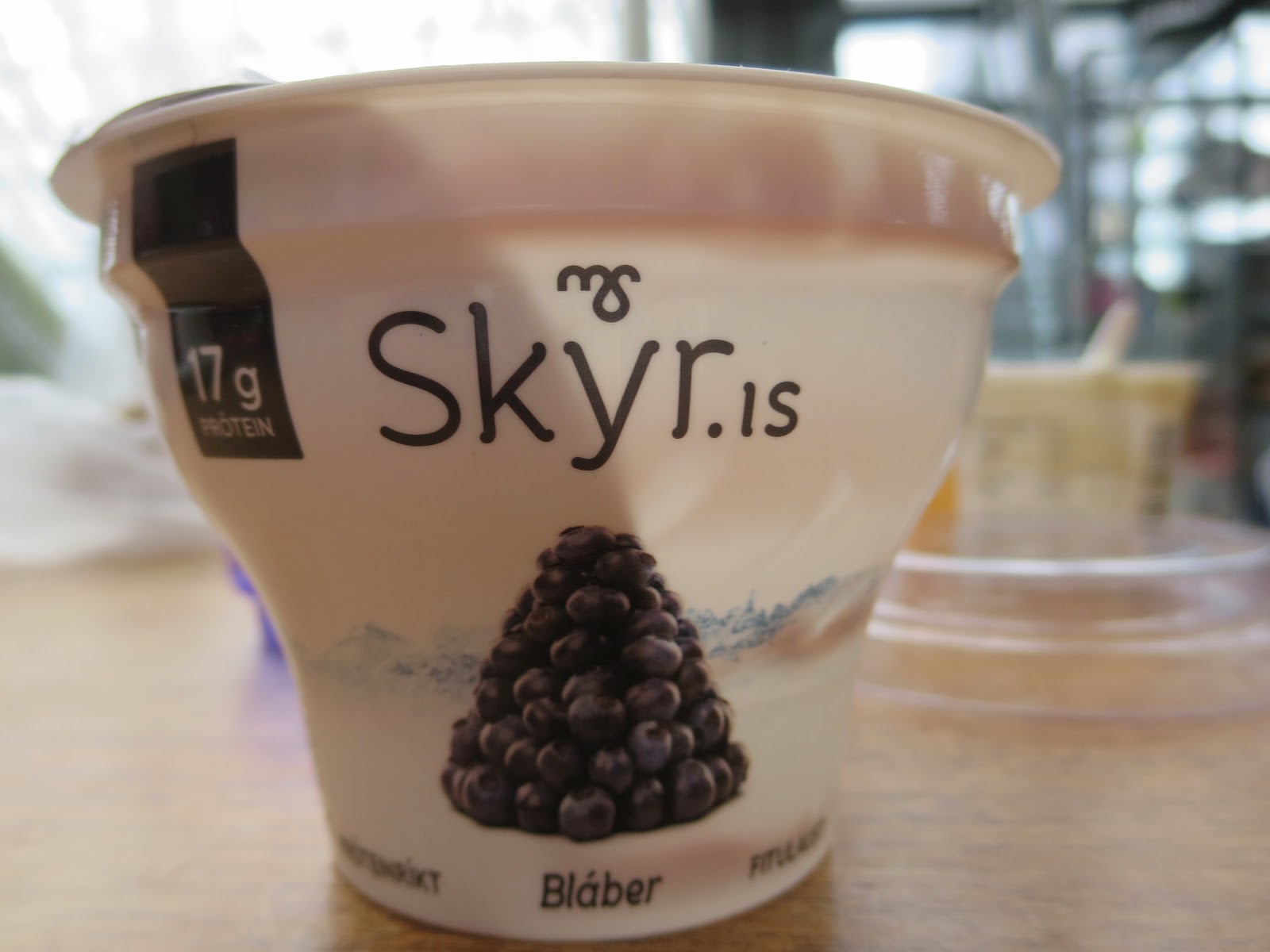 This is really great yogurt. We brought some to the airport to eat before the flight but had to gobble it down before going through security. There was a container of it in the display which represented "what you cannot carry beyond this point". Each container has a foldable spoon in the lid. 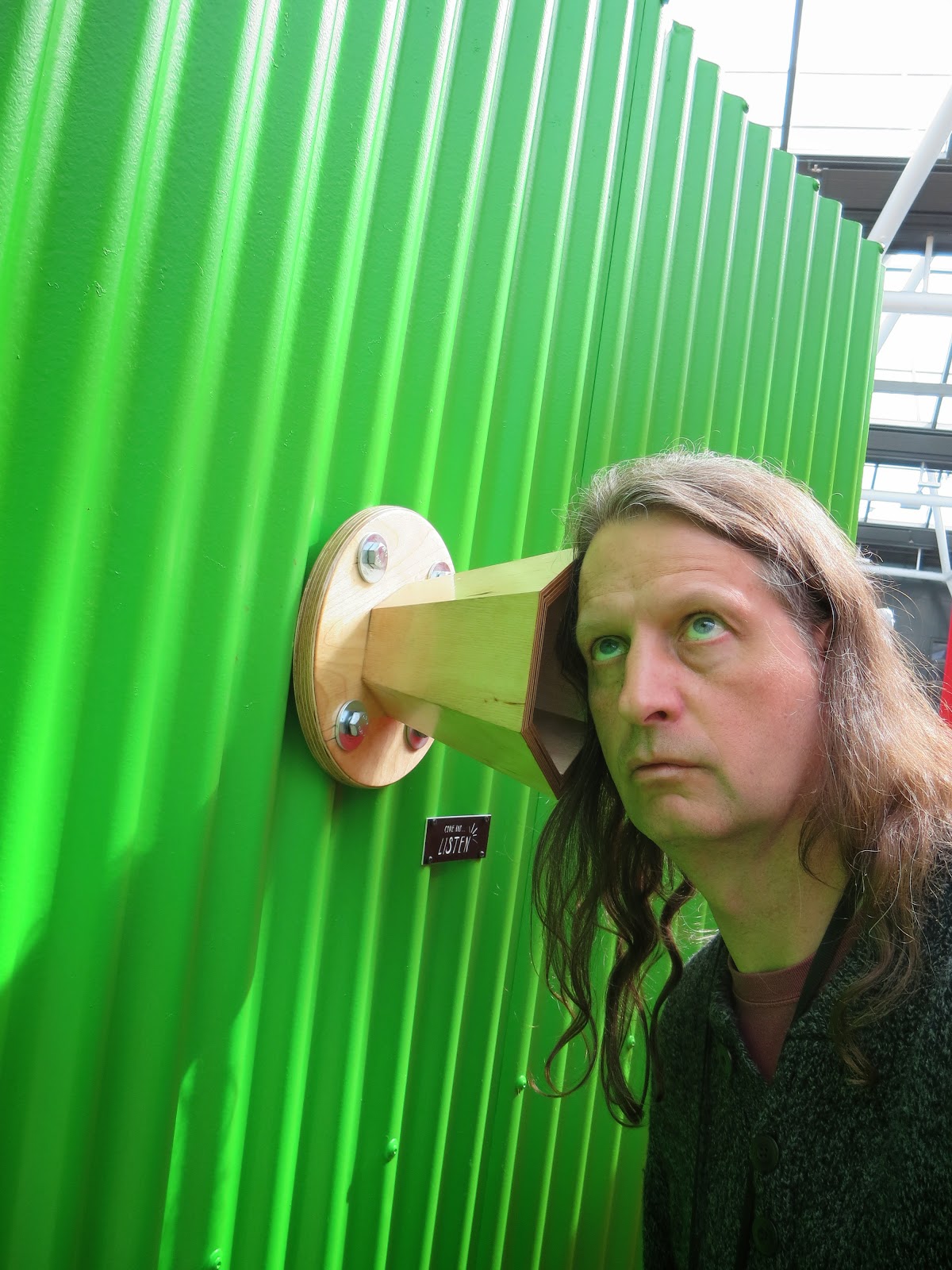 Nice airport with uniquie art. This piece had voices telling stories which you had to stand very close to if you wanted to hear. 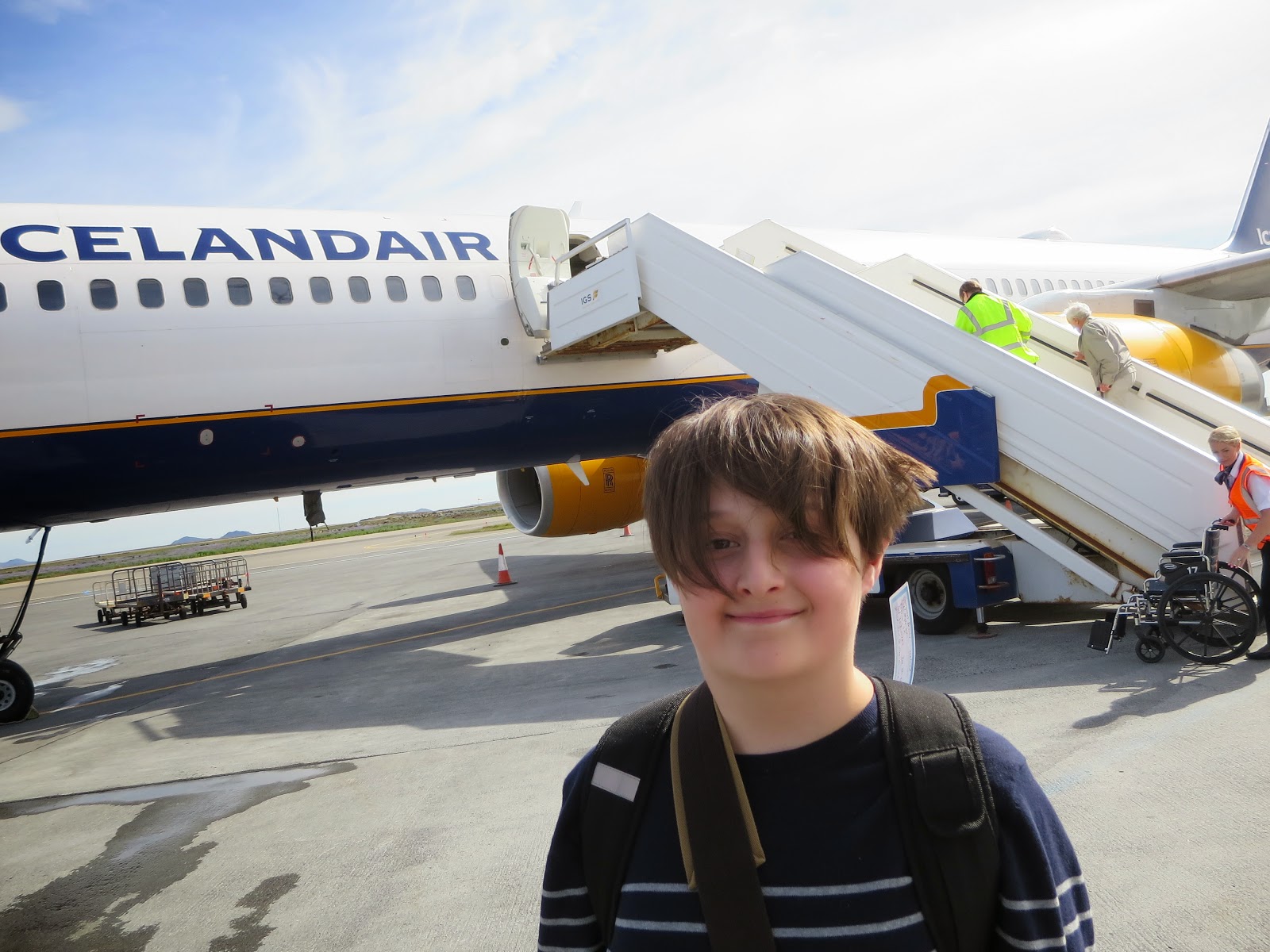 Our flight would be six hours and chase the sun over six time zones. We arrived in Edmonton ahead of schedule, earlier than we left. On our way back to the hotel, very hungry, we stopped for hamburgers (one does not go to Iceland to eat hamburgers, but that does not mean that one misses them).
Posted by Gerald Saul at 8:17 PM