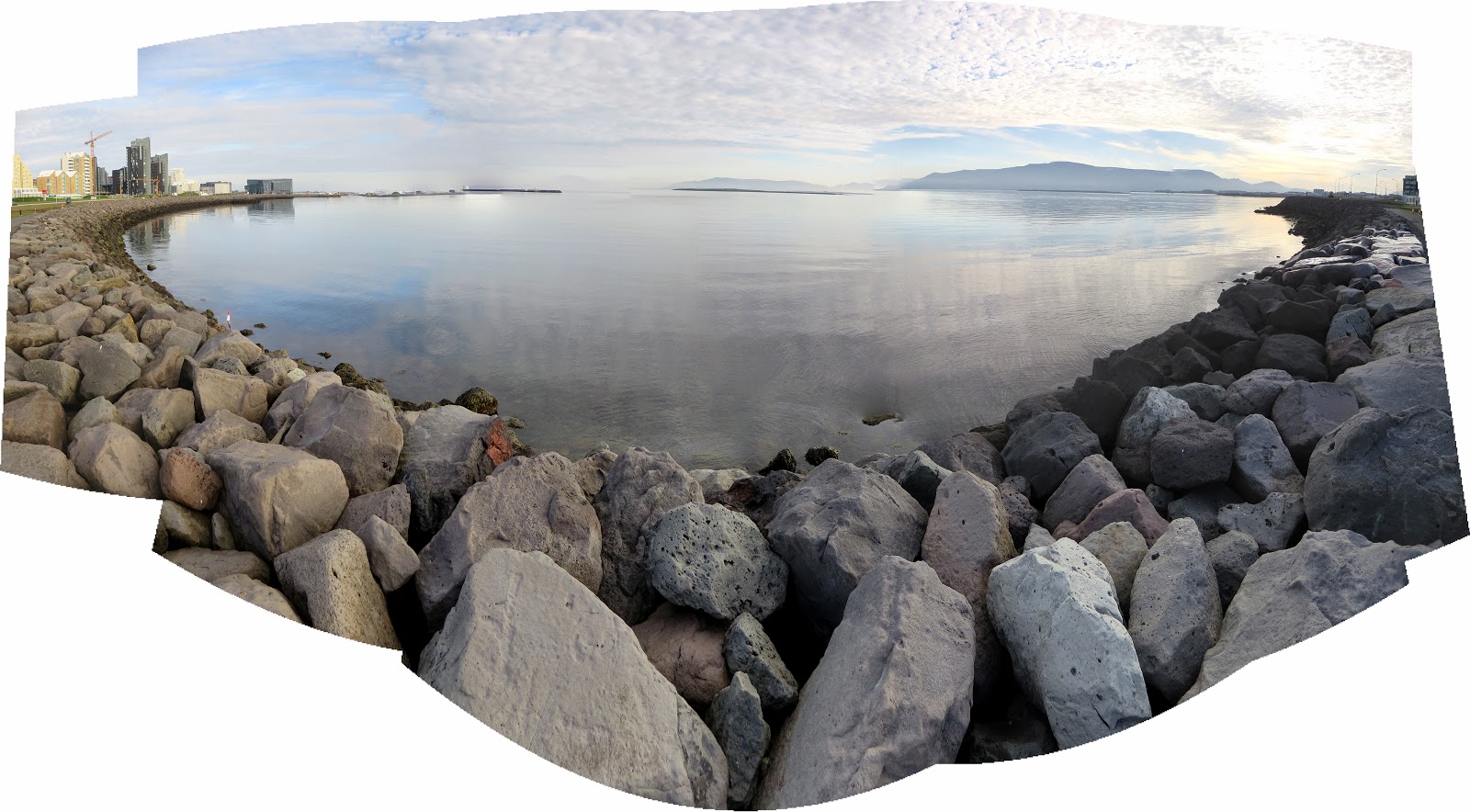 I woke up early this morning, about 5, due to the still unresolved jet lag. Even though the day is already bright, nothing is open. I went for a walk along the sea shore. There is a long sea wall protecting the city. There is also a jogging path which must be a few miles long. I'm wearing my docs, which are great for walking but not for running, so I circled back fairly soon. 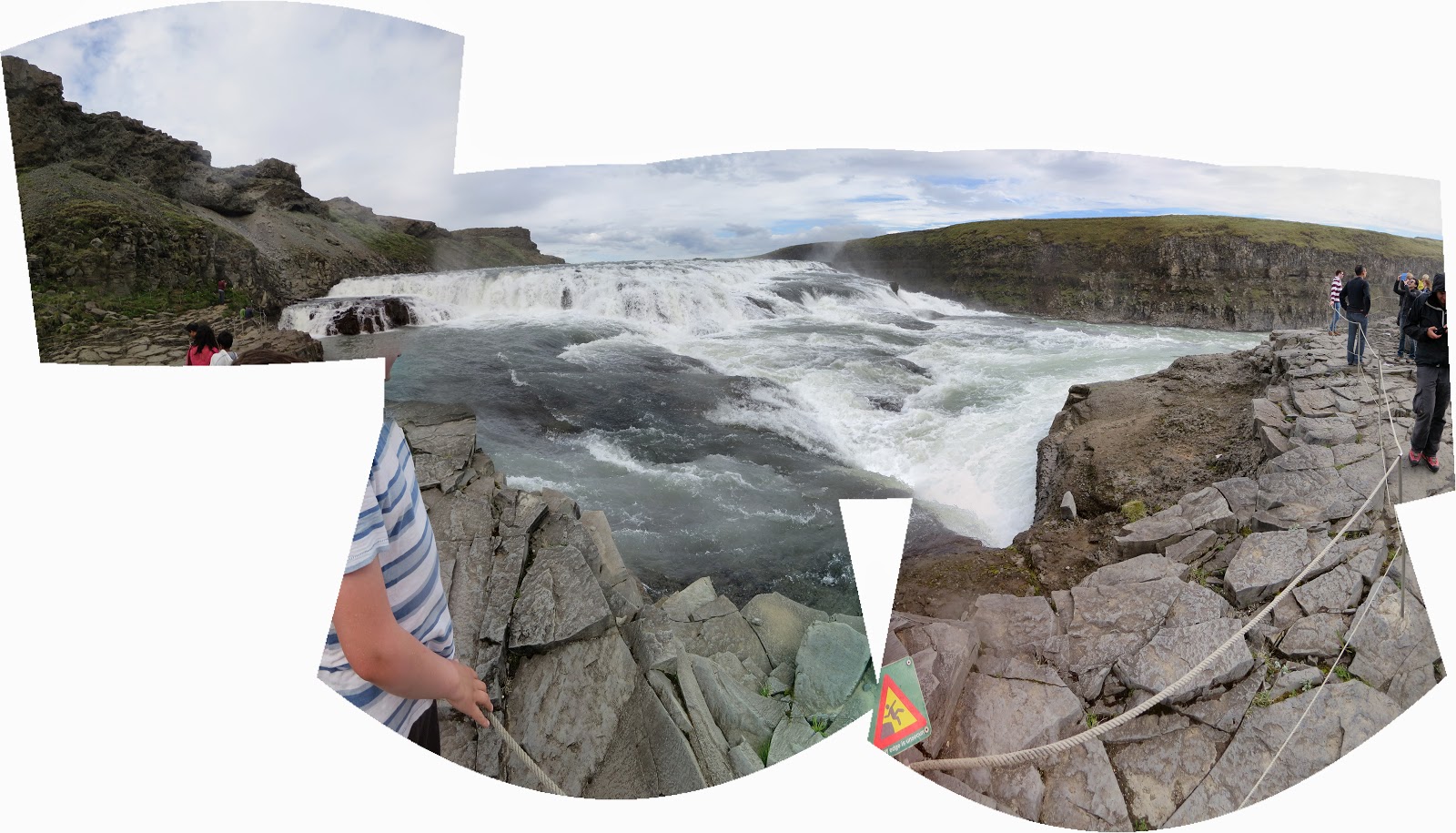 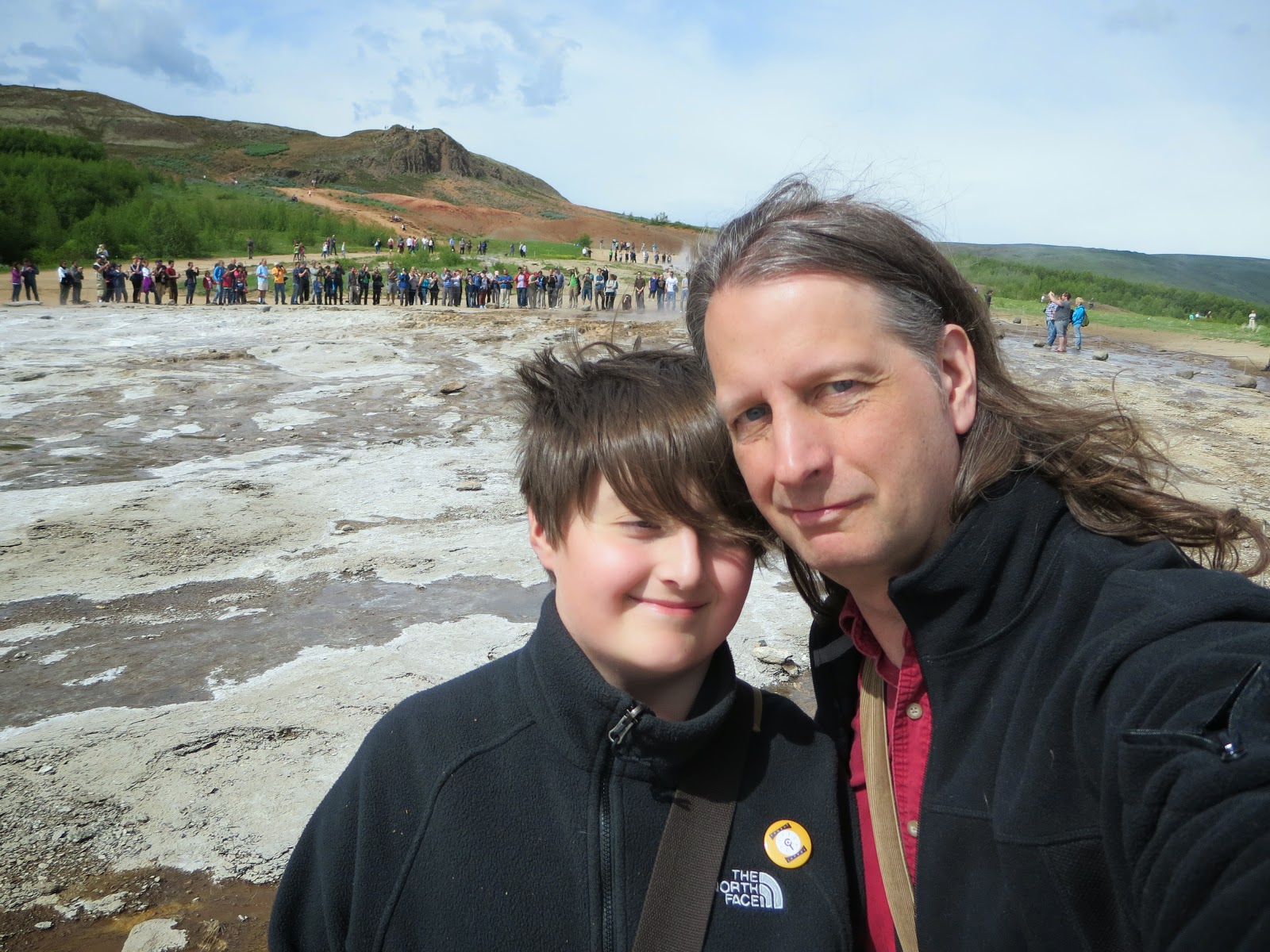 The second site was at Geiser, which is where the word "geyser" comes from (the word of the huge sprays of water which come out of the ground is different in Icelandic). It erupt irregularly, but you never have to wait more than about 10 minutes (and after it shoots once, it often goes off again a minute later). We are told that the location and regularity of this has changed over the years, following earthquakes. I'm wondering what the Americans would (will?) do if this happens to Old Faithful? 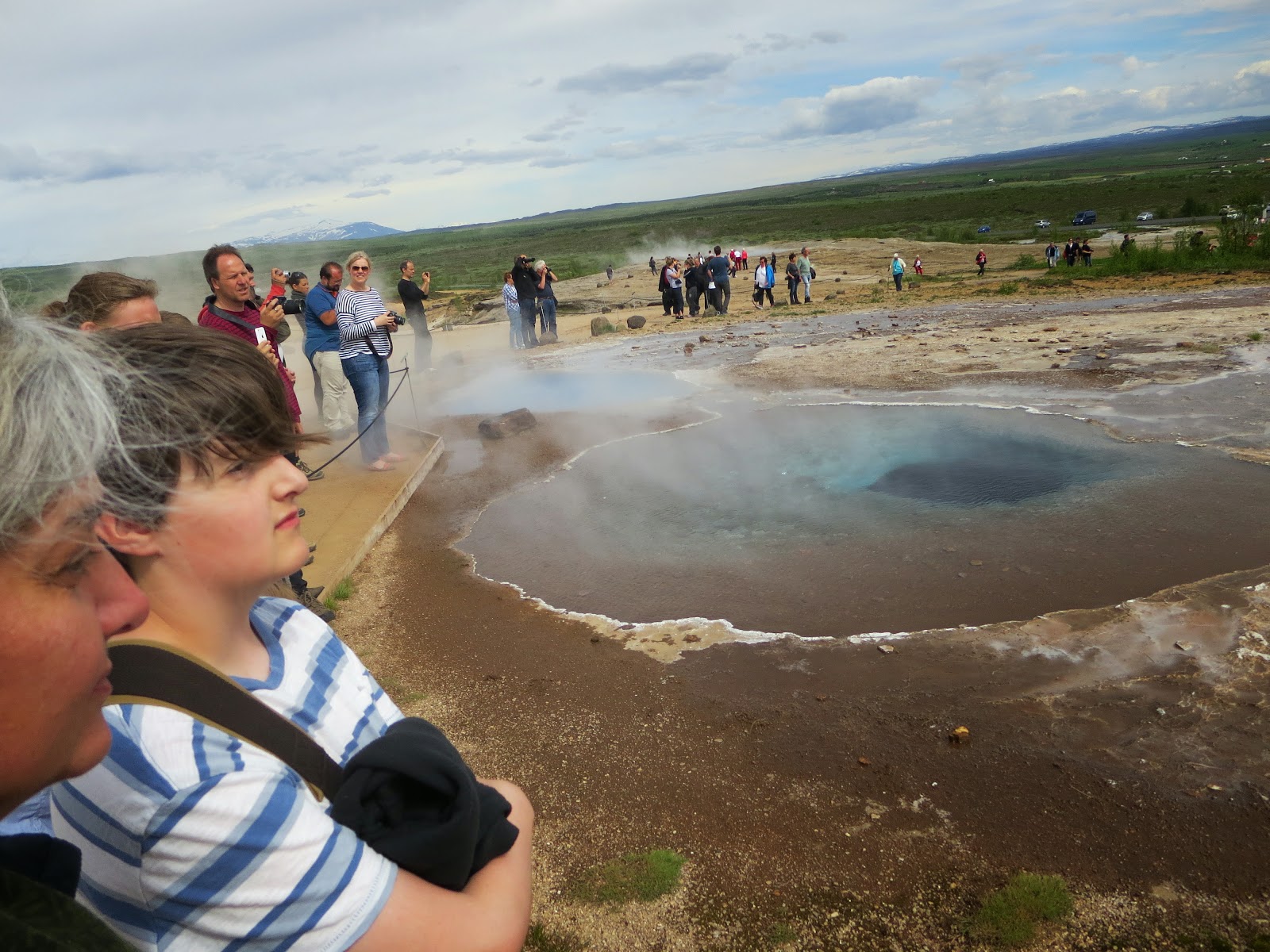 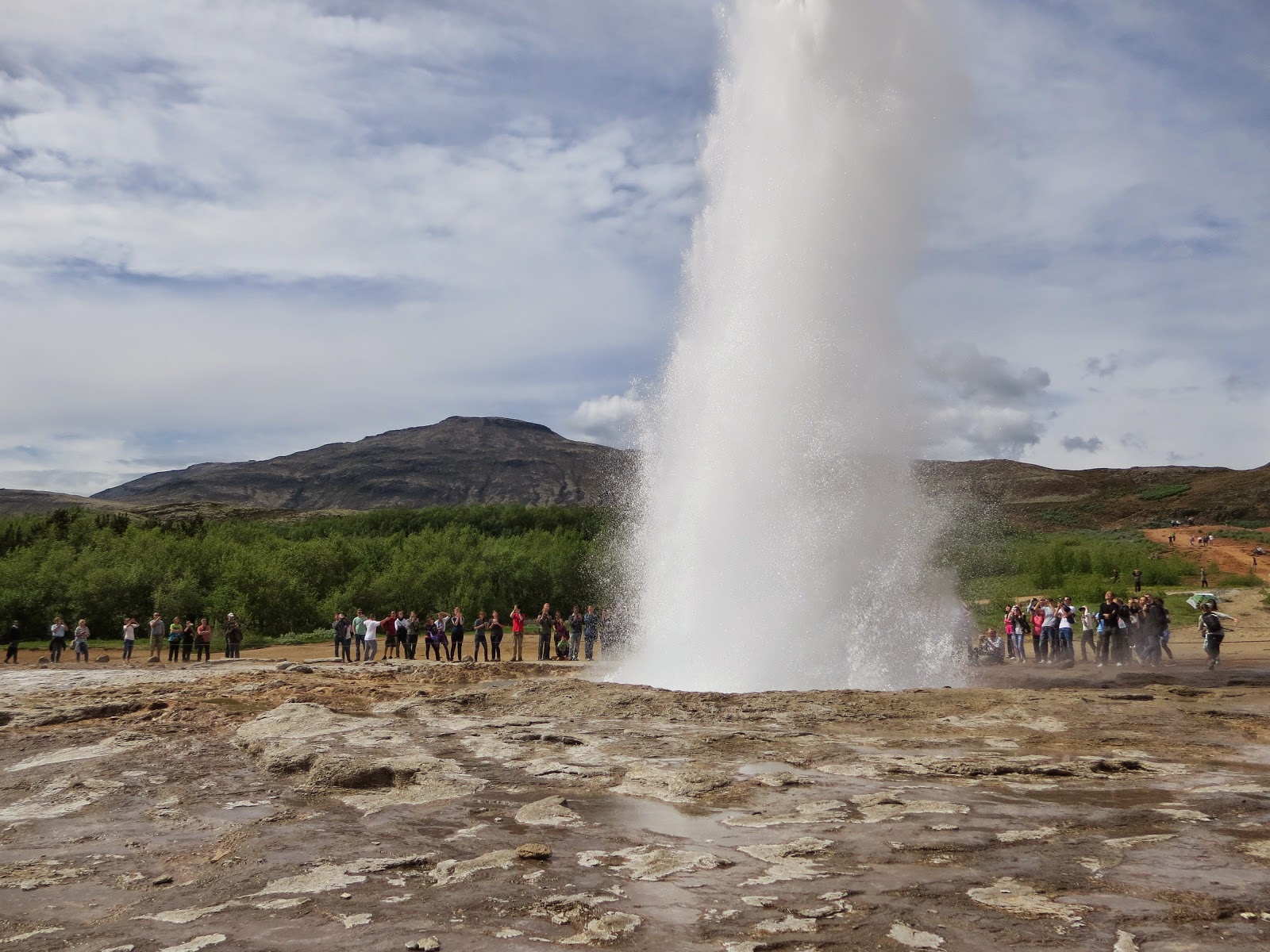 The third site was worth a much longer stay than we were allowed. It is the only place above ground where the North American and European tectonic places connect. They are moving apart at a few centimeters per year. The stone in this ravine were very interesting. Every time we looked at one, we could see faces and figures. 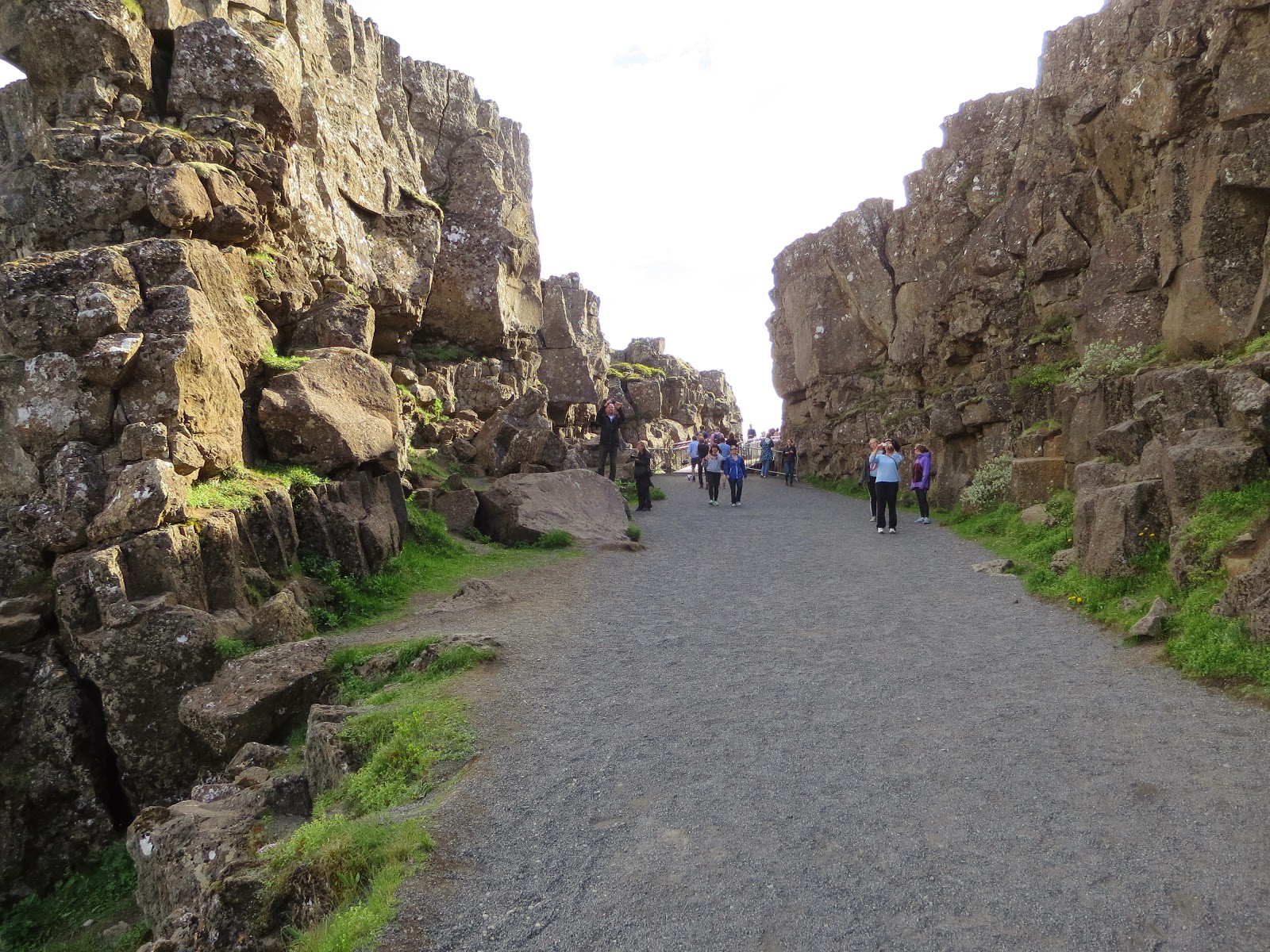 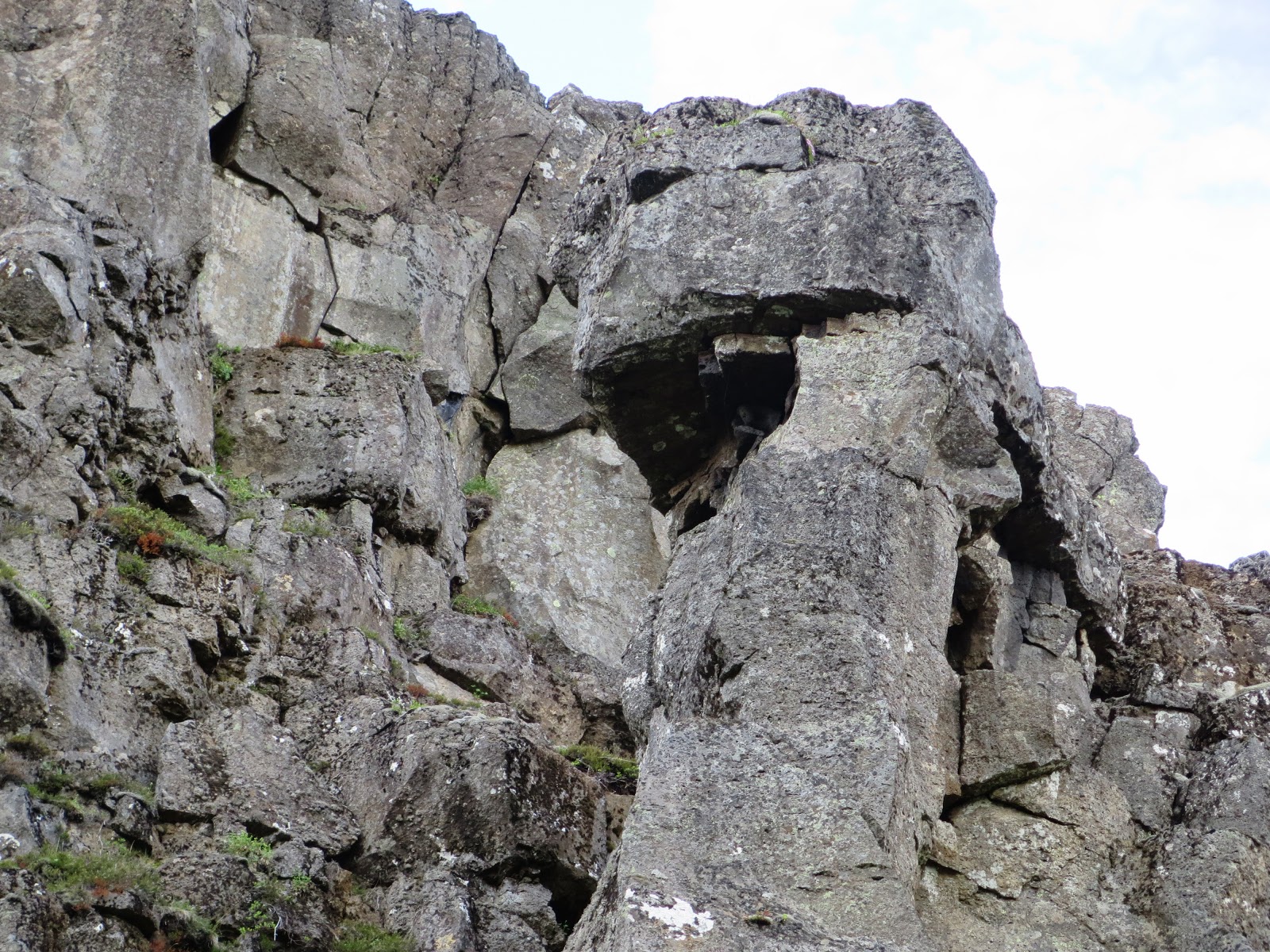