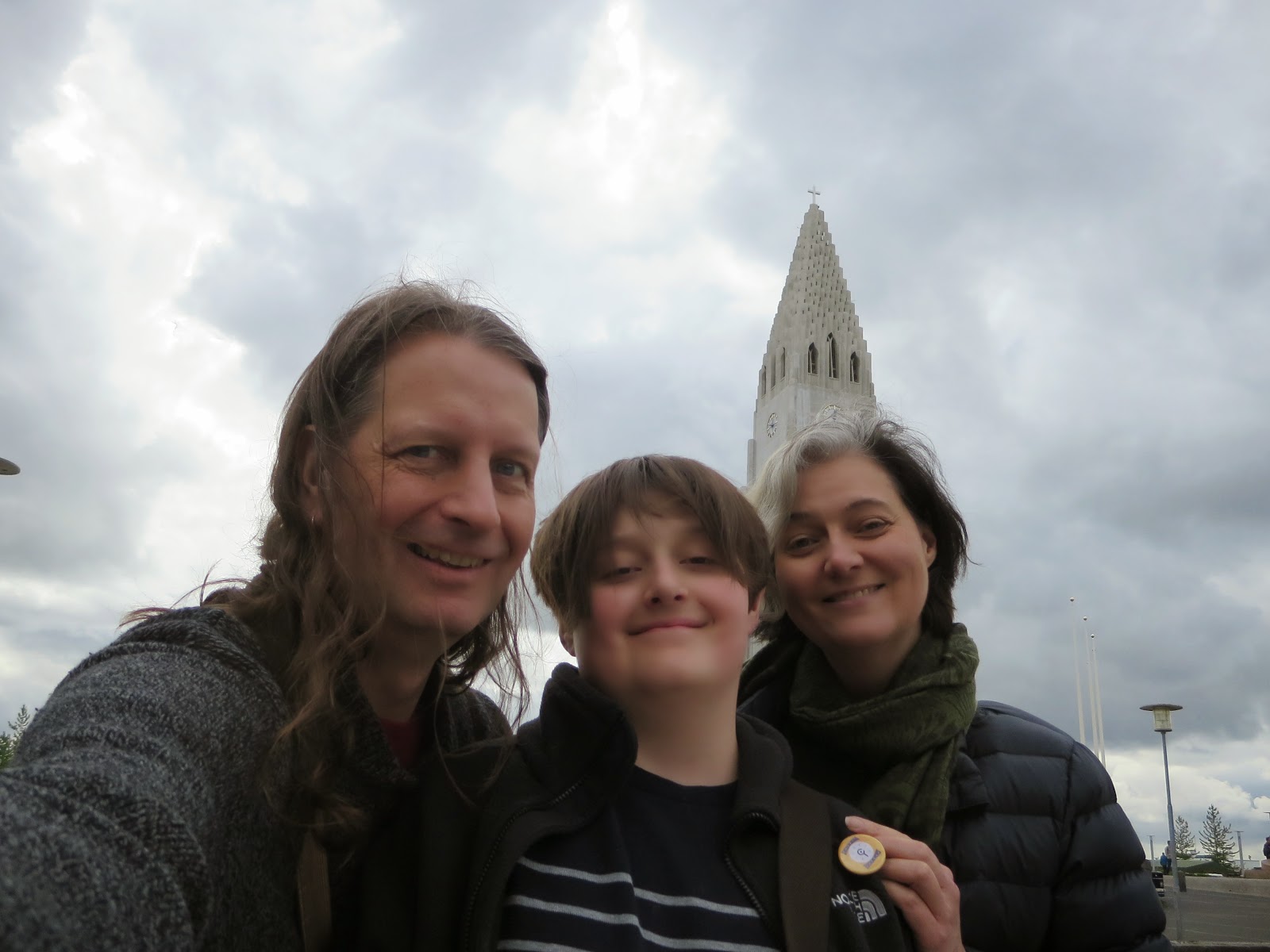 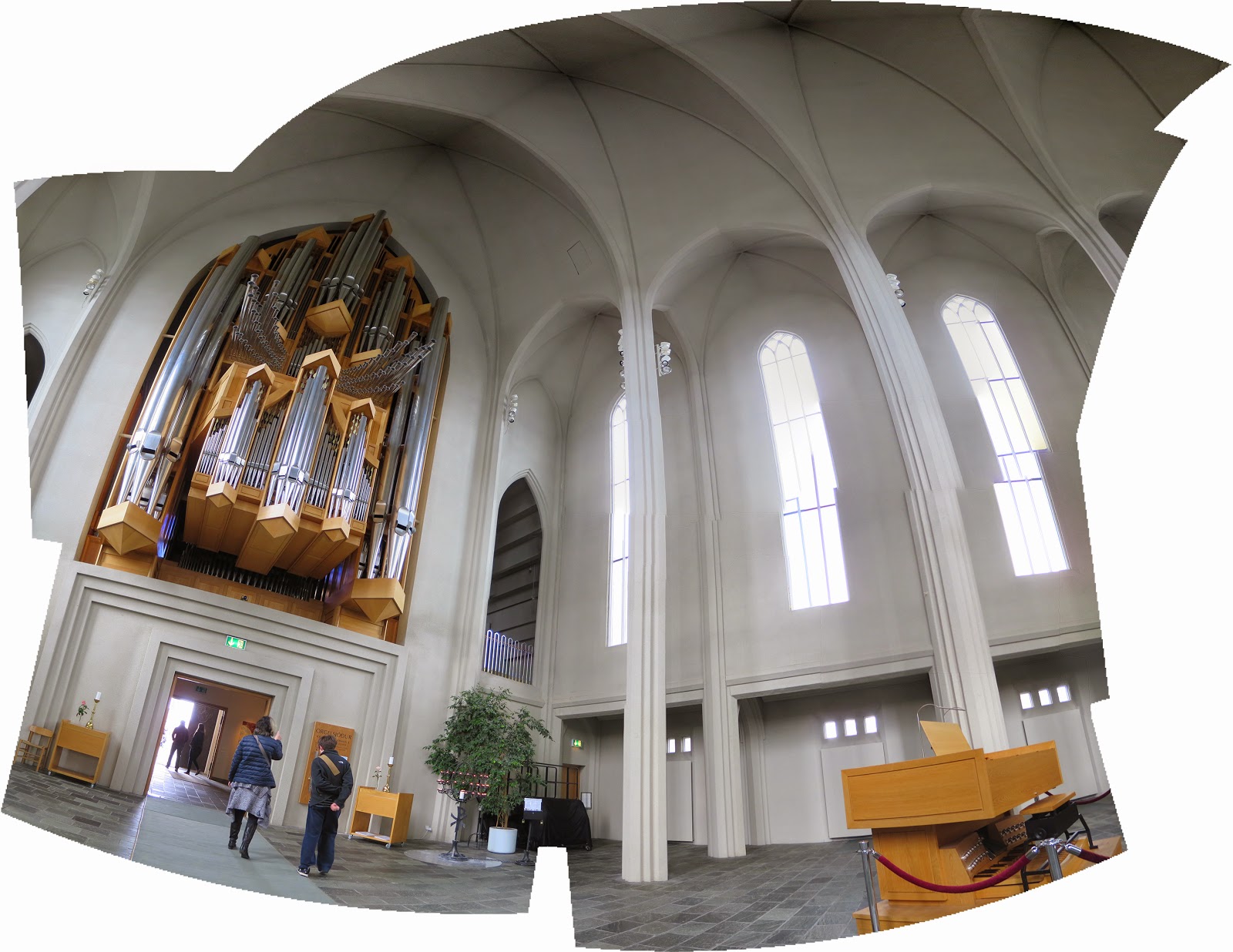 We spent most of the day walking around Reykjavik, orienting and checking out art and food. There is a huge cathedral with a wonderful organ. You can go up into the tower and look out in all foru directions at the city.

The Cafe Loki came highly recommended. We stopped for a small snack to take up some time while waiting for a nearby gallery to open. An artist was working on a commissioned painting portraying four epic tales involving the god Loki. We had an interesting conversation with him about religion. At first he seemed religiously ambivalent but eventually his Christian background shone through. 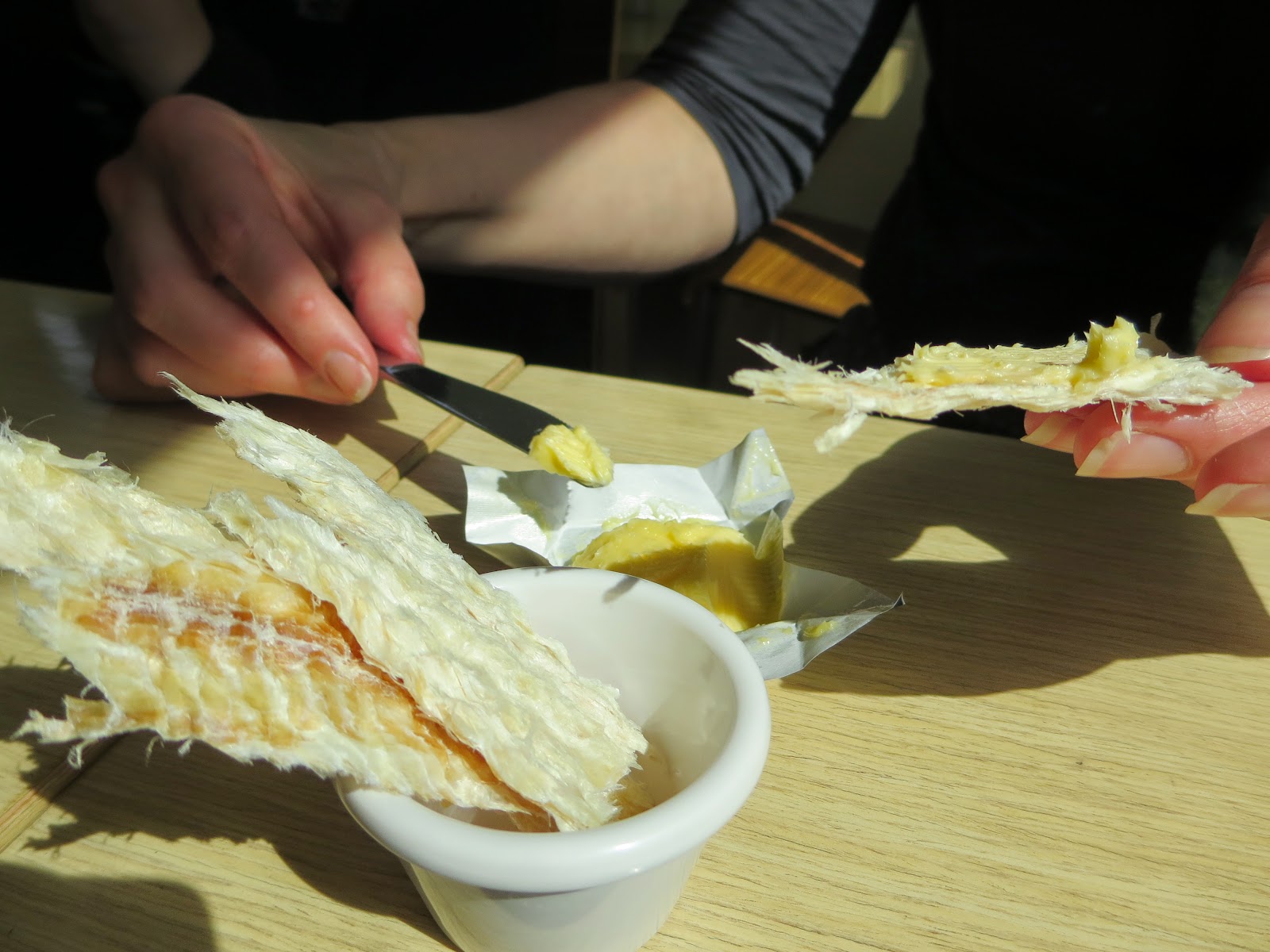 At Cafe Loki we had dried cod which is to be eaten with butter. It seemed like a cross between a cracker and beef jerky, but with a fish flavour. Quite tasty. 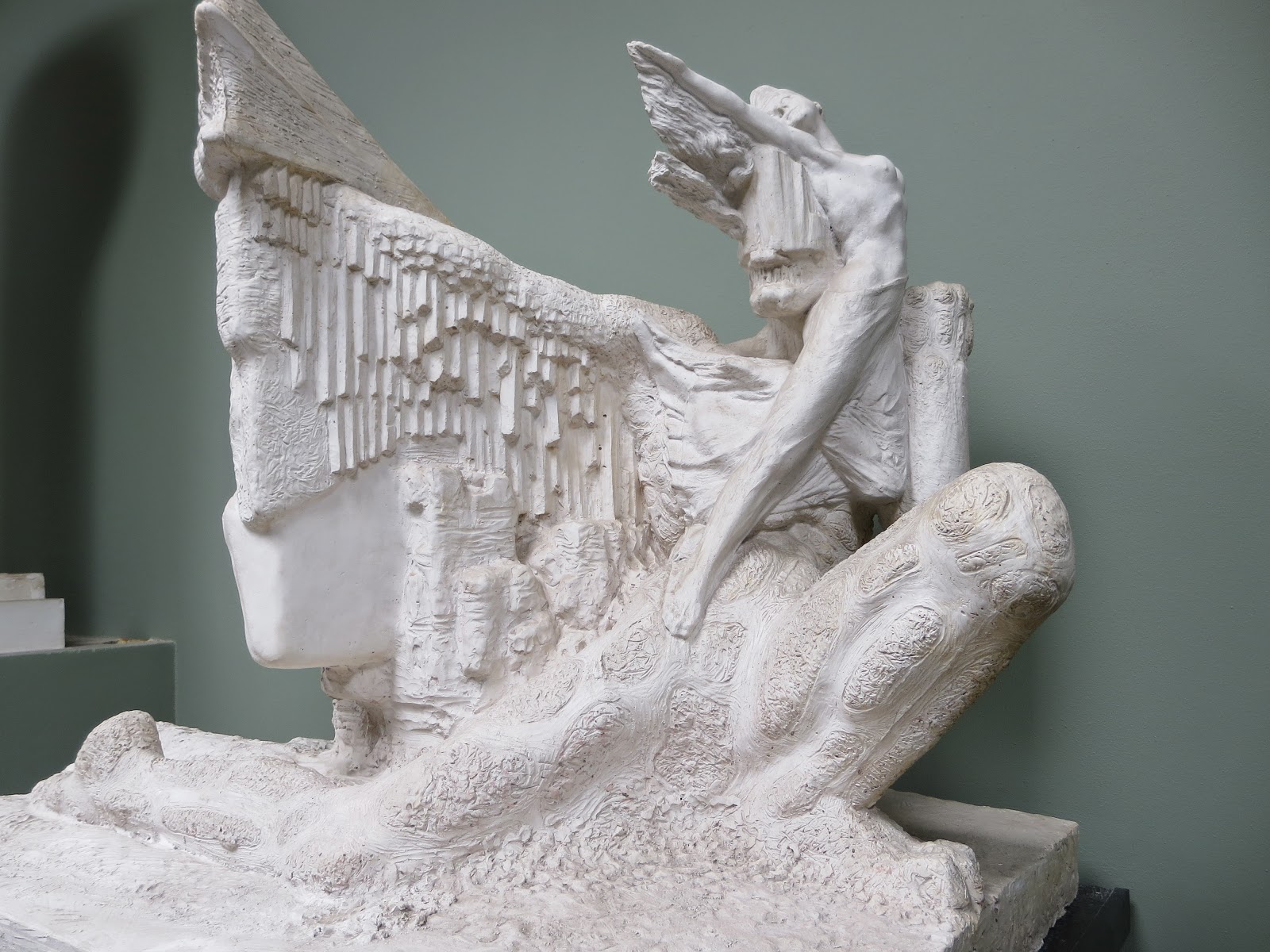 We had a great time in the Einar Jonsson gallery which is filled with the life work of this early 20th century sculptor. The inside was designed by the artist himself. He lived upstairs and used the downstairs as studio and the main floor as gallery. Now there are bronzes of many of his works behind the building which can be walked around. You pay to be in the building but the outside garden is free. I shot a number of 3D images outside: 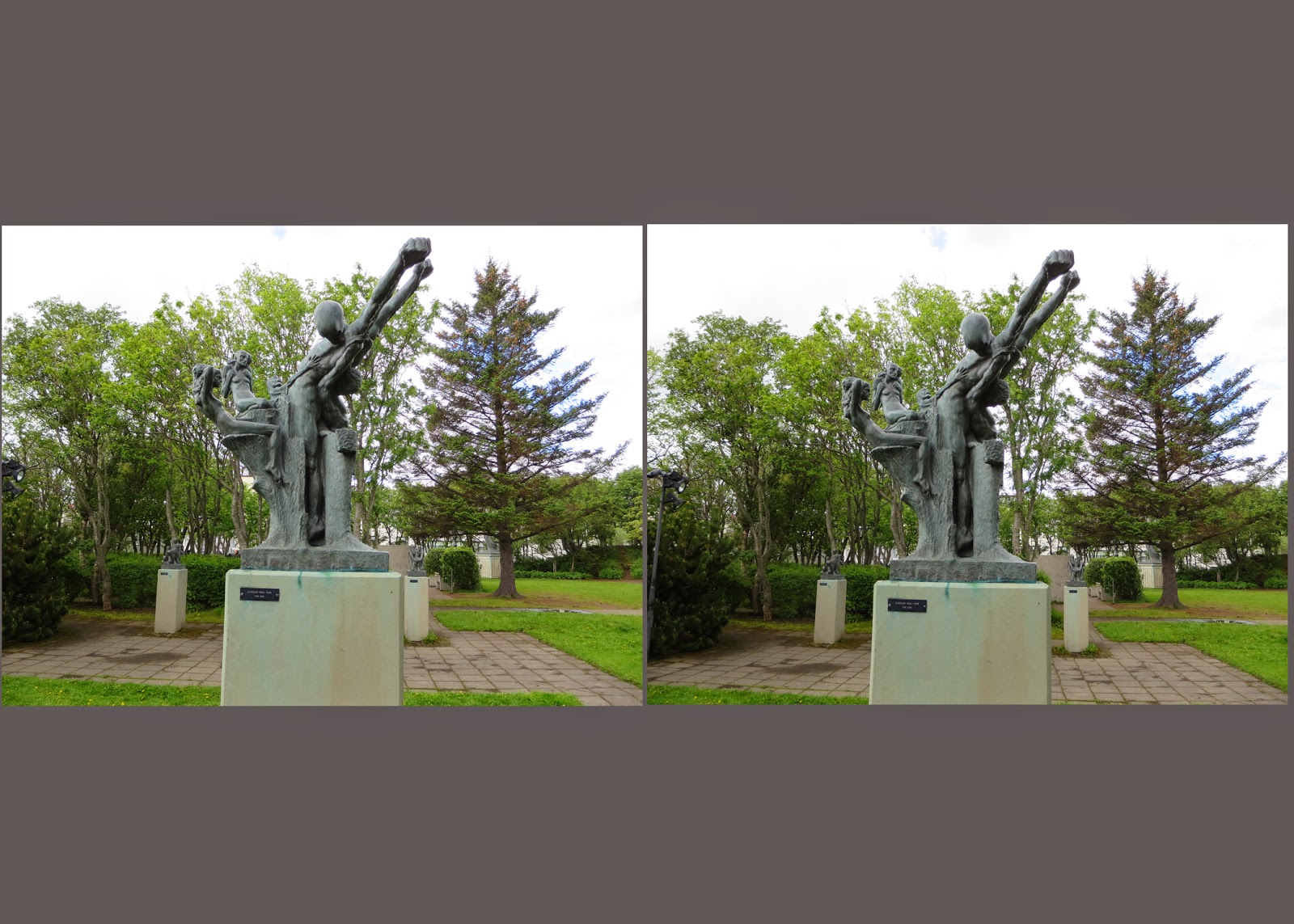