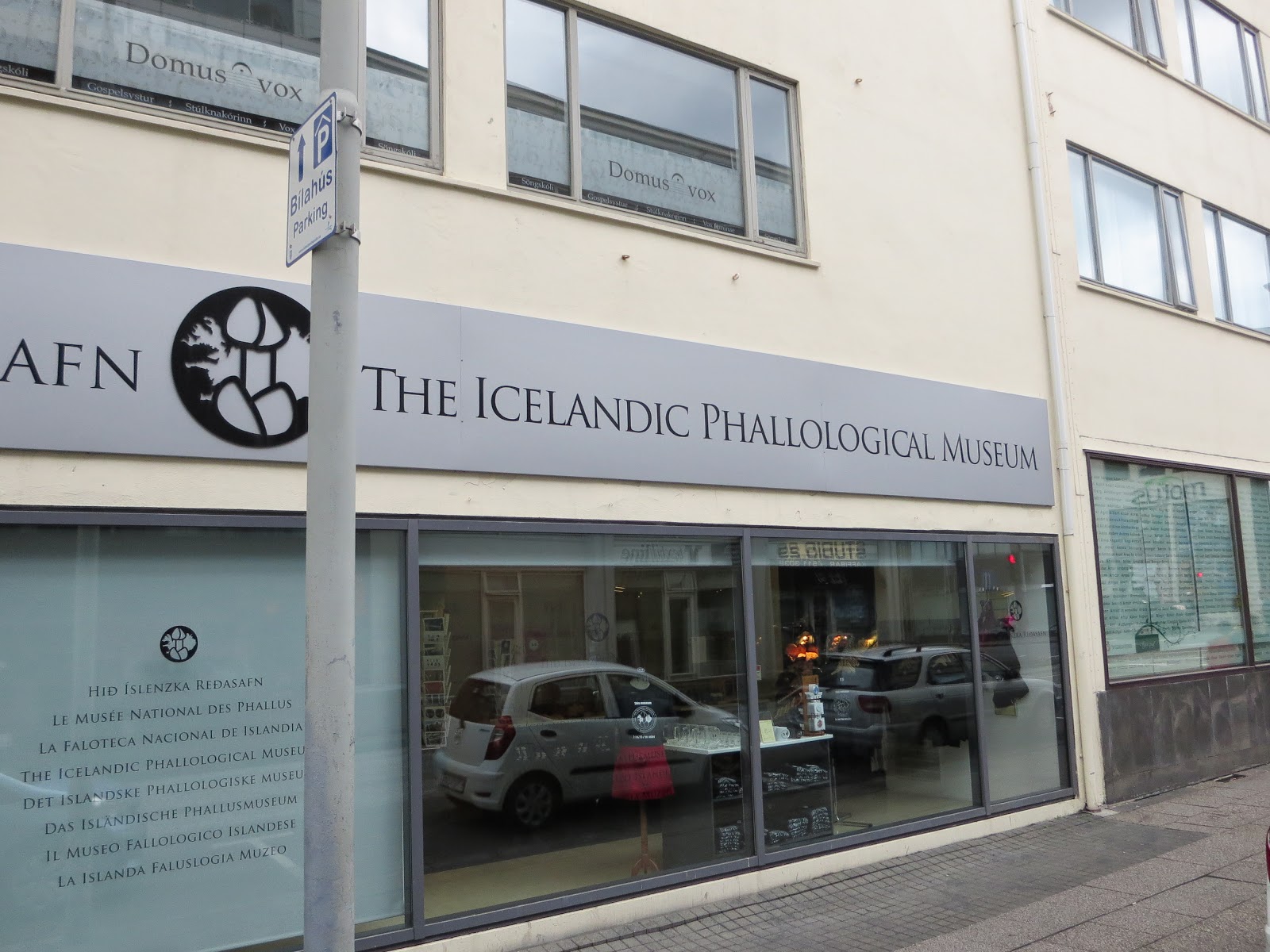 Across the street from our hotel, and at the top of our list all week, was the phallus museum. It contains pickled penises, penis bones, phallic artwork and comics, and not much more. 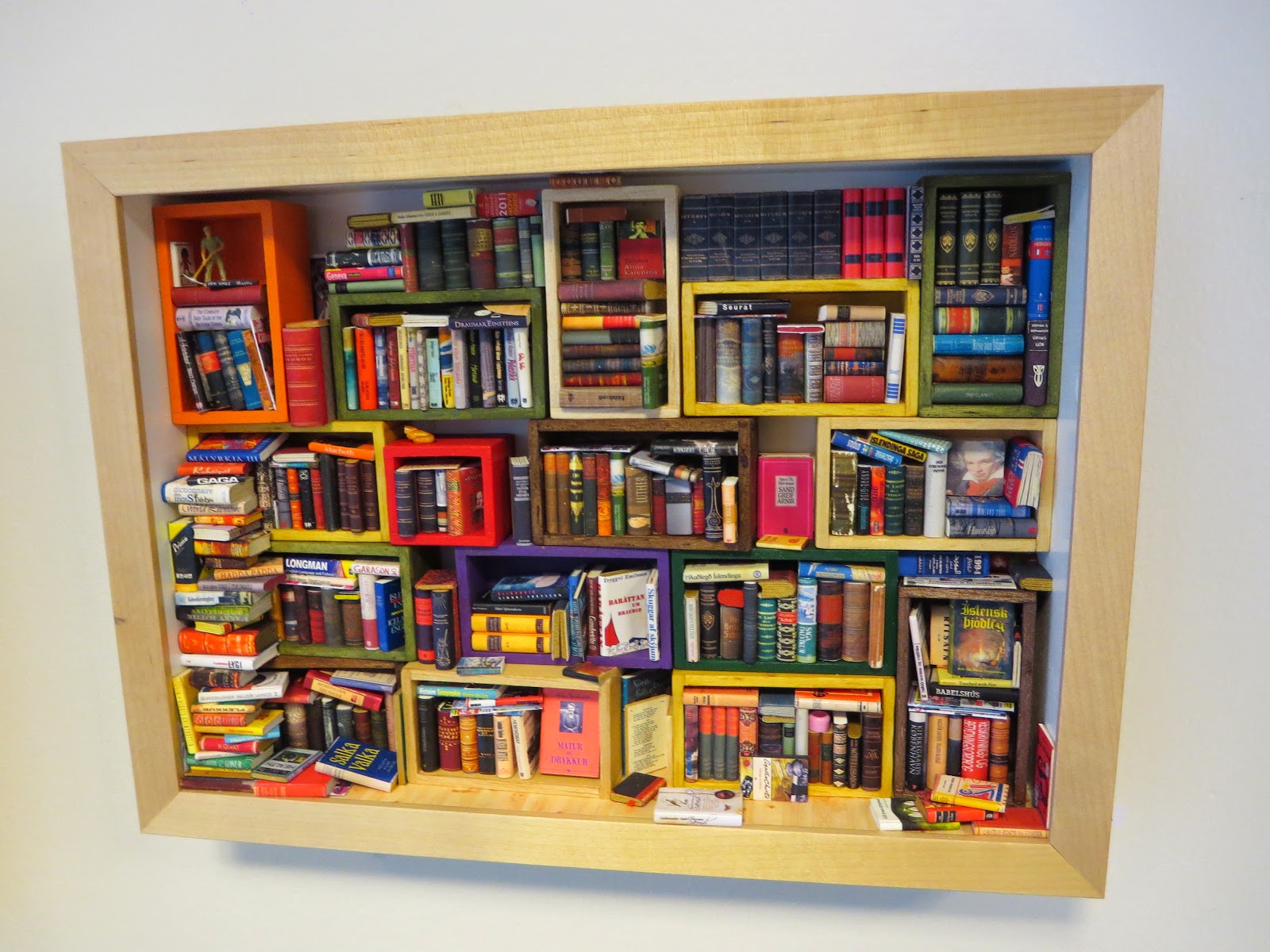 Next stop was the public library which featured an interesting exhibition of miniature book shelves (elf libraries) by artist Takk Fyrir (at least I think that was his name). The work in this photo is about a foot high. There ware about two dozen constructions, very cool. 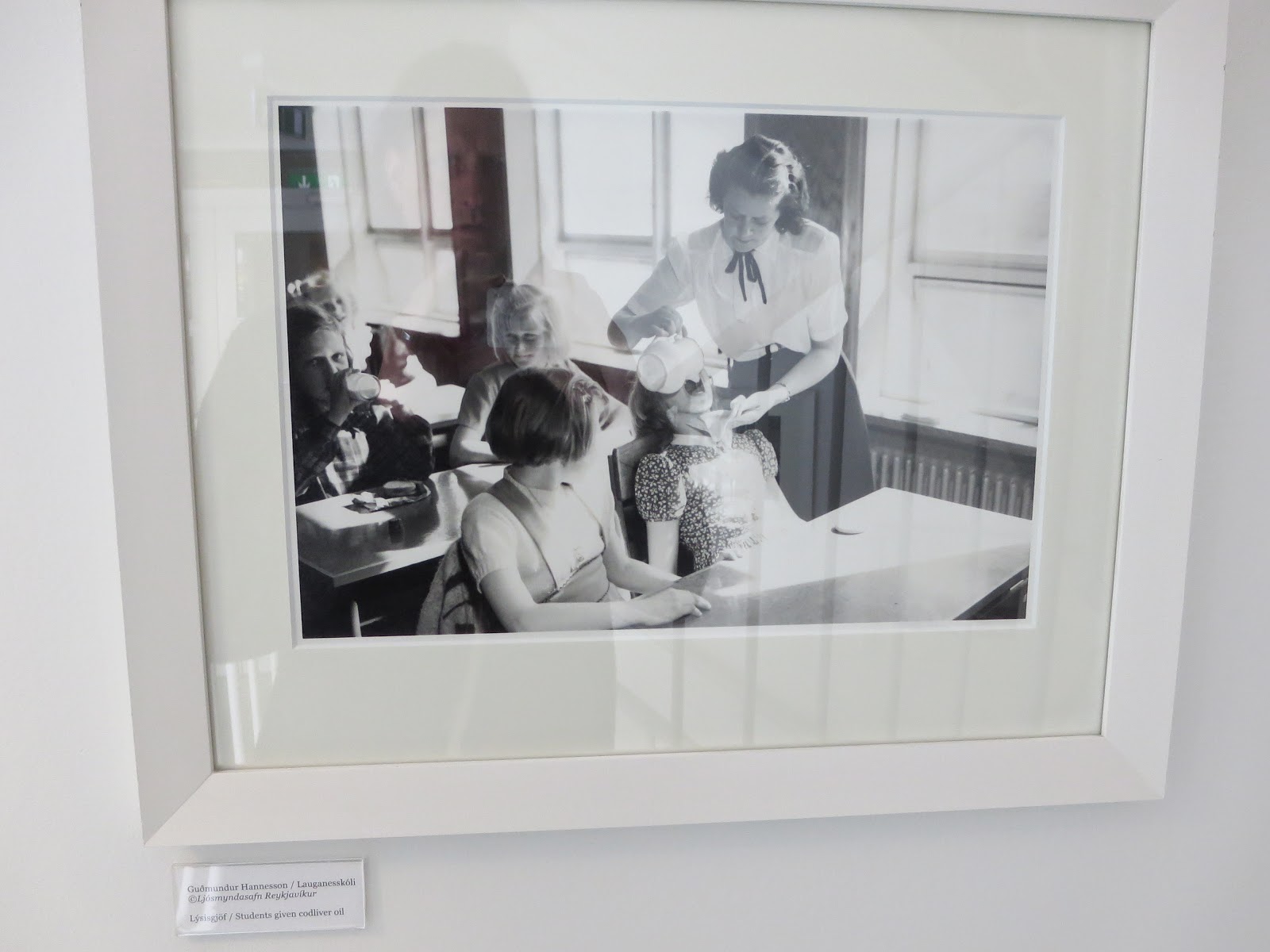 The draw to the library was that the top floor is an art photo gallery. The exhibition was nice, but I really liked the historical works in the stairway on the way up including this one of school children being given cod liver oil. 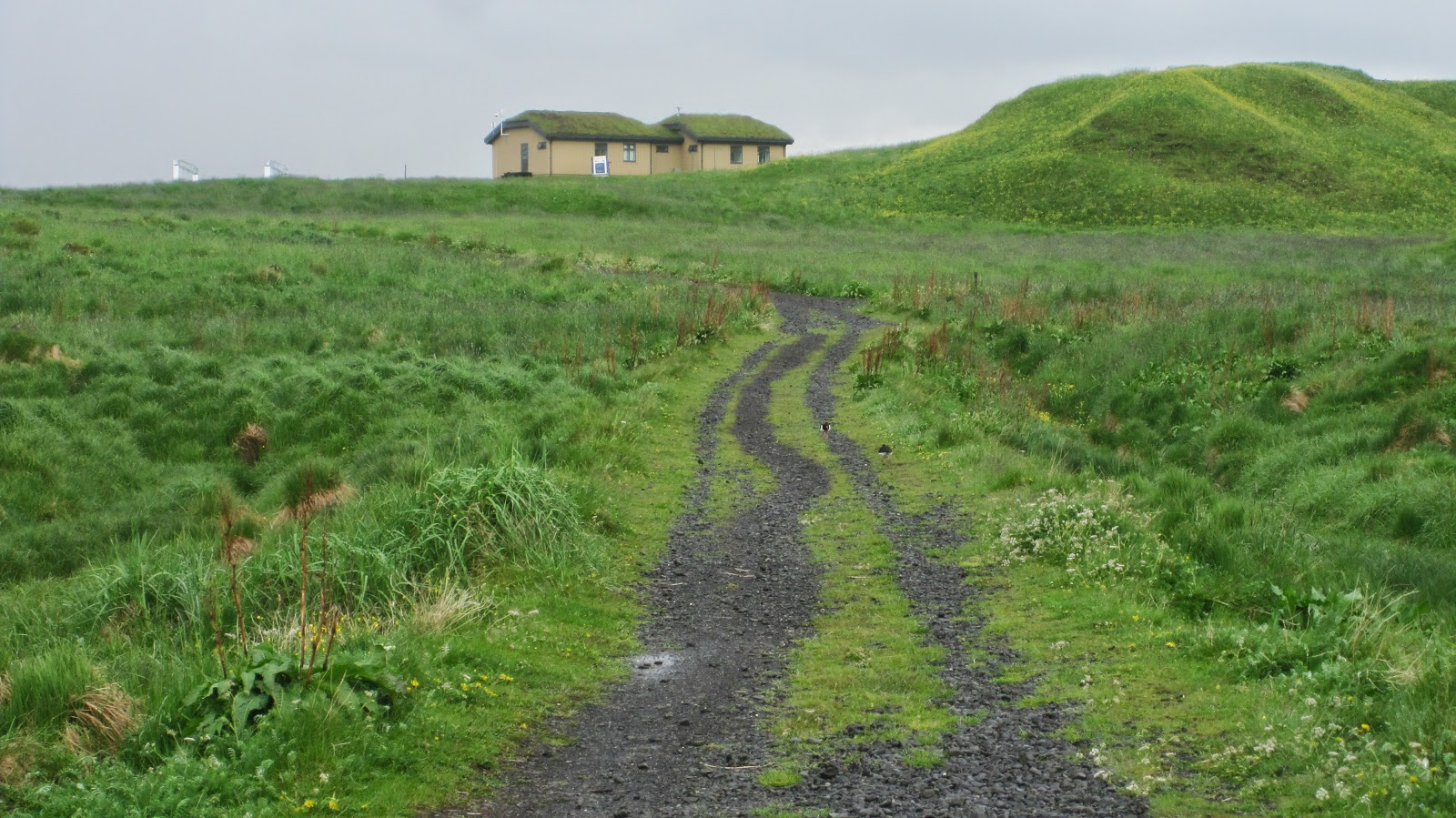 After lunch we took a bus and then a ferry to the island of Viðey. Rain finally caught up to us. We ducked it for a while in a large old house/restaurant. The upper floor was quite interesting. Our waitress was actually an architect, filling in temporarily. We had a nice conversation about cement (which is used for most buildings in Iceland, as they can produce it locally, only needing to import limestone.) 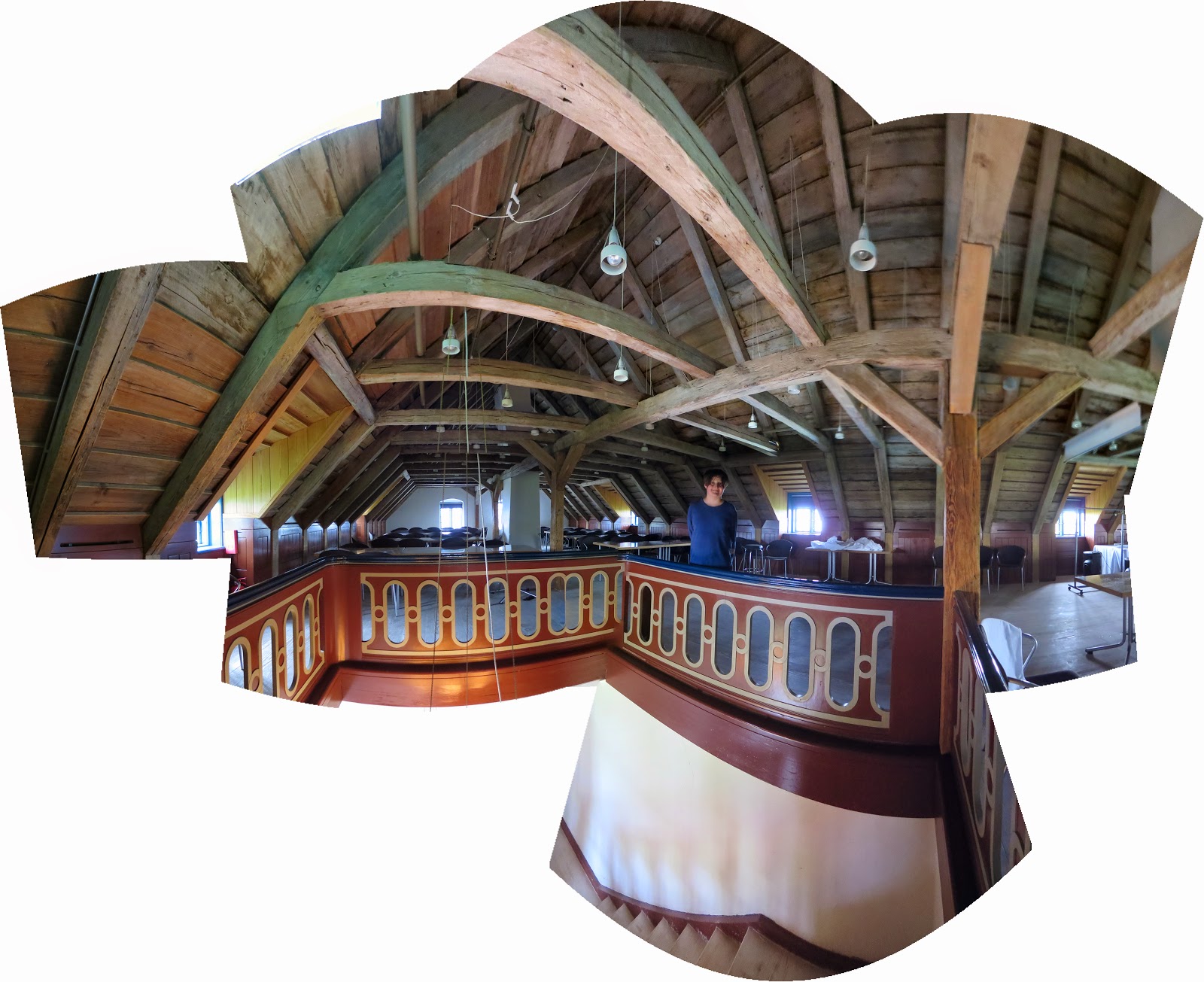 The island has walking paths and a number of interesting sites and monuments including this anchor which was flung there in a storm, and commemorates a terrible sinking. 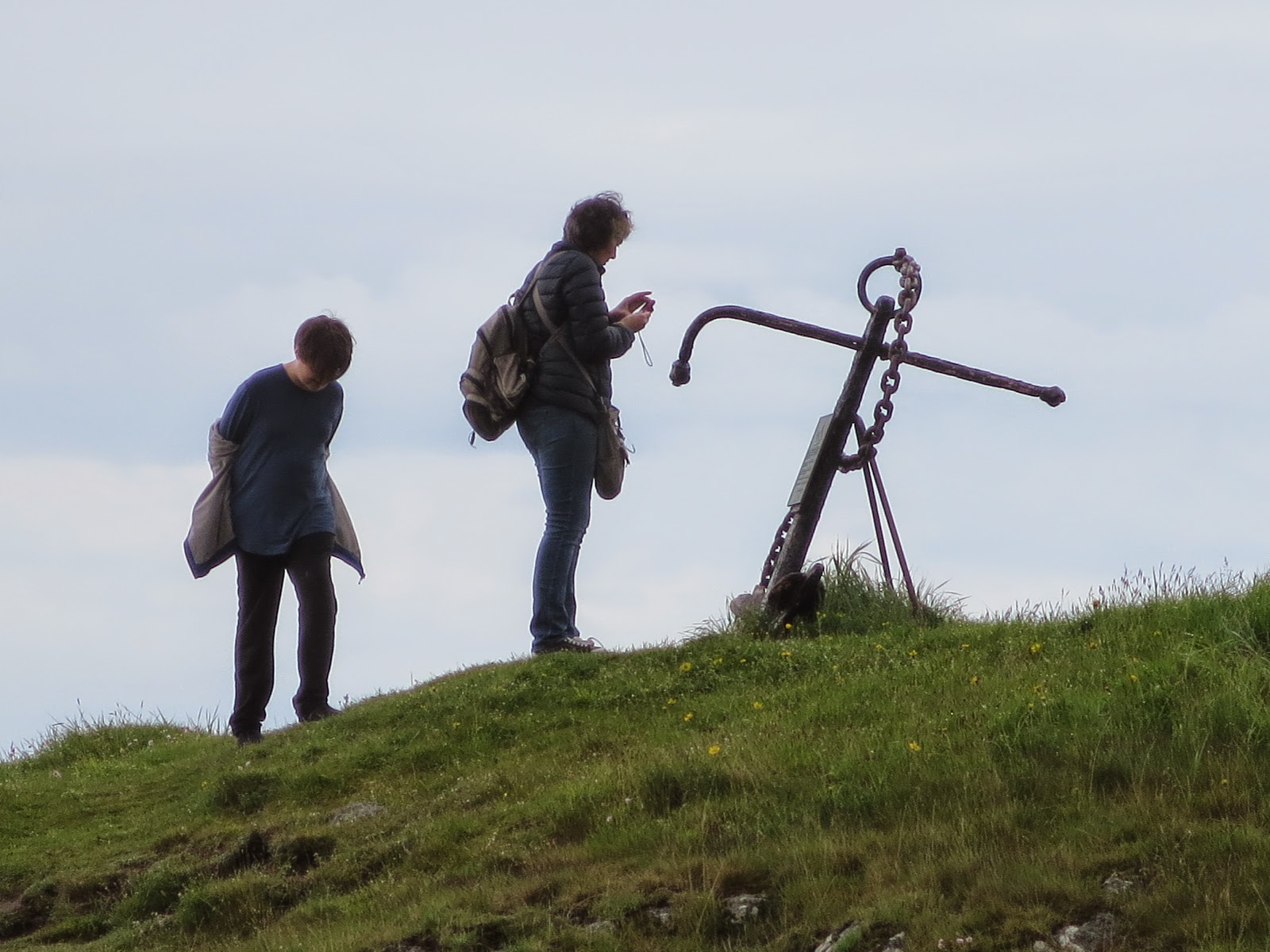 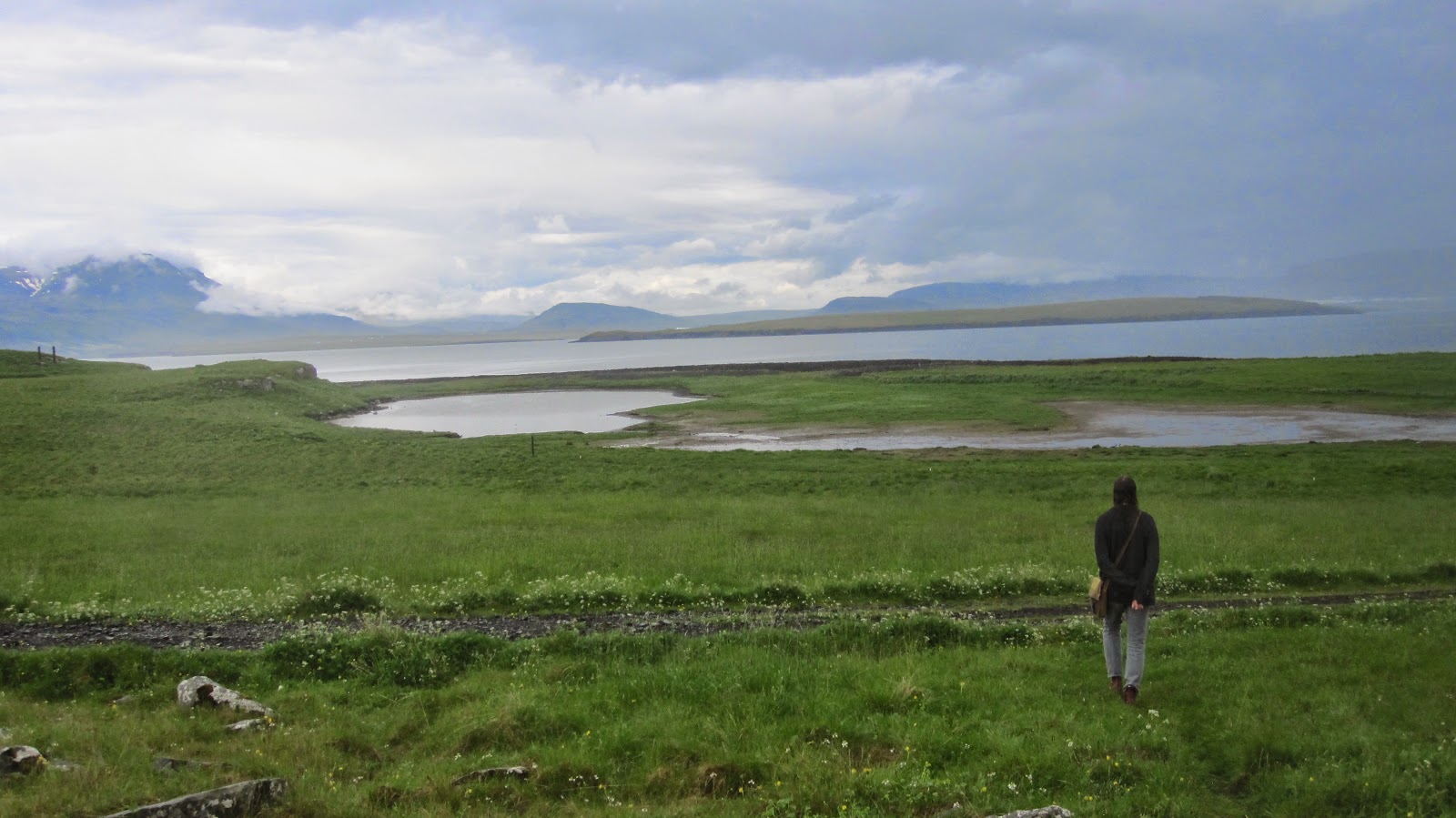 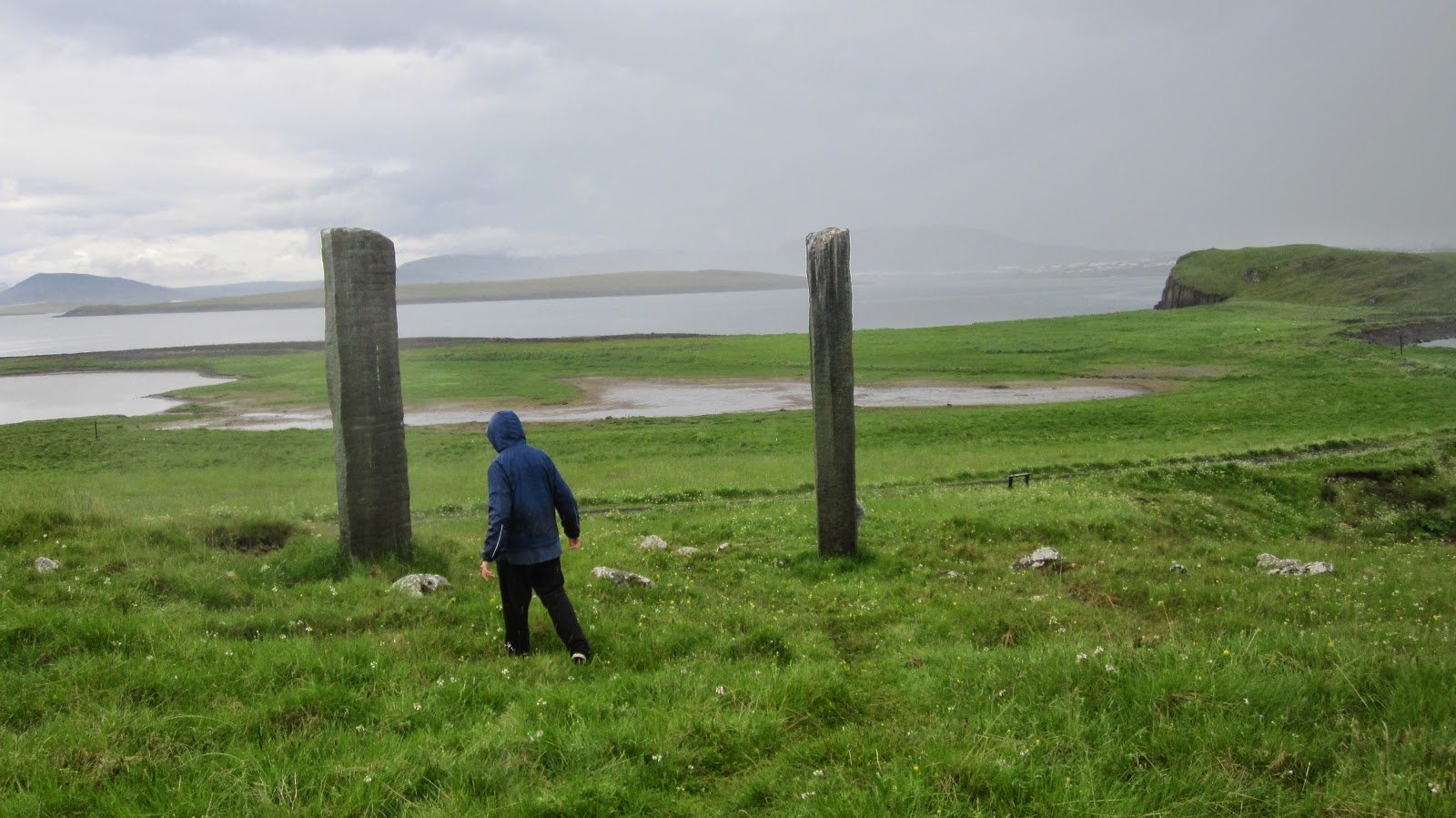 These posts, marking the way around the second half of Viðey (which is connected to the first by an isthmus), were designed by artist Richard Serra. 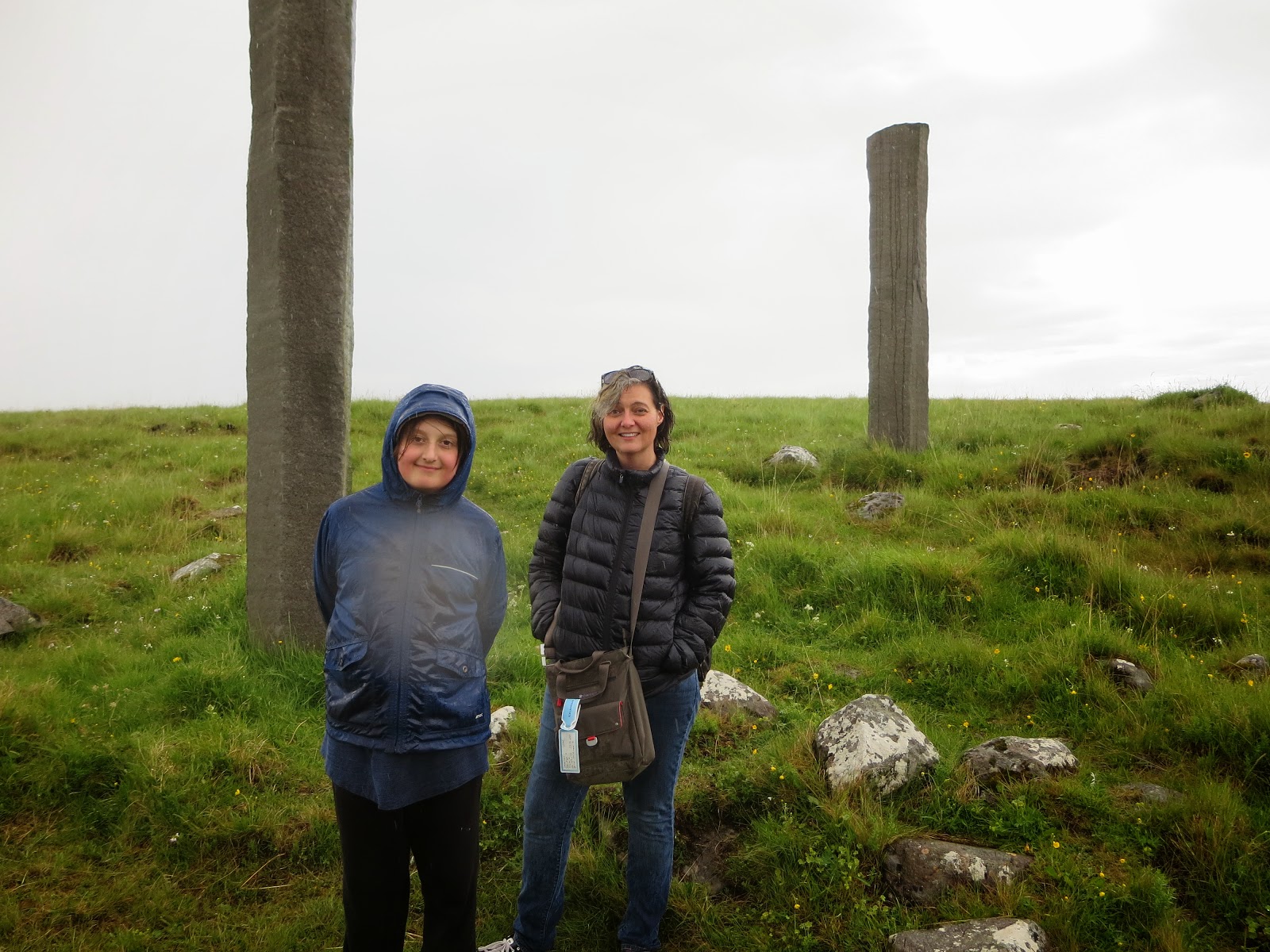 This peace tower was designed by Yoko Ono. I was able to see into the top with my camera. It apparently has lights inside, making the night view of it much more interesting (although not now, since the sun barely sets). 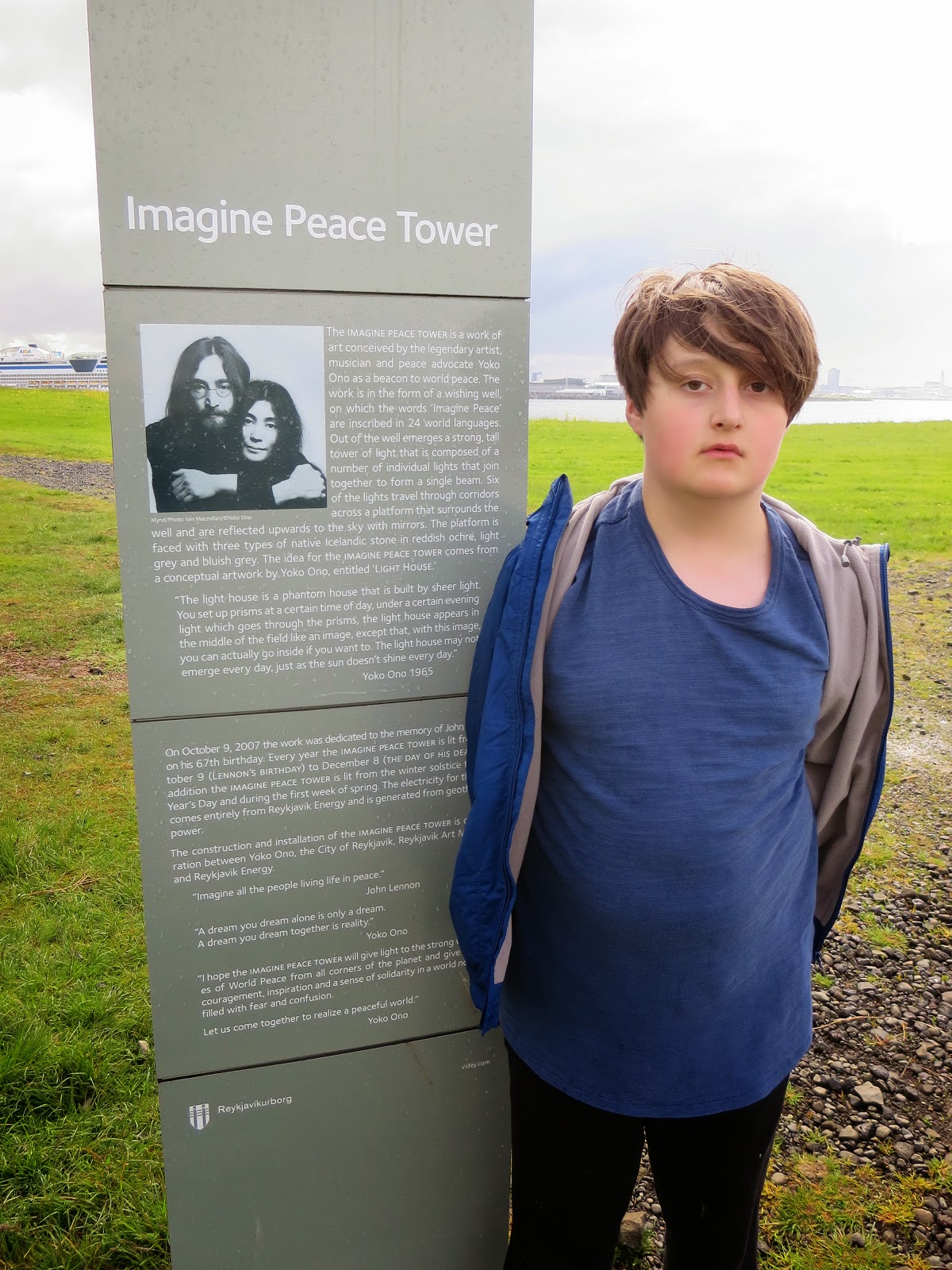 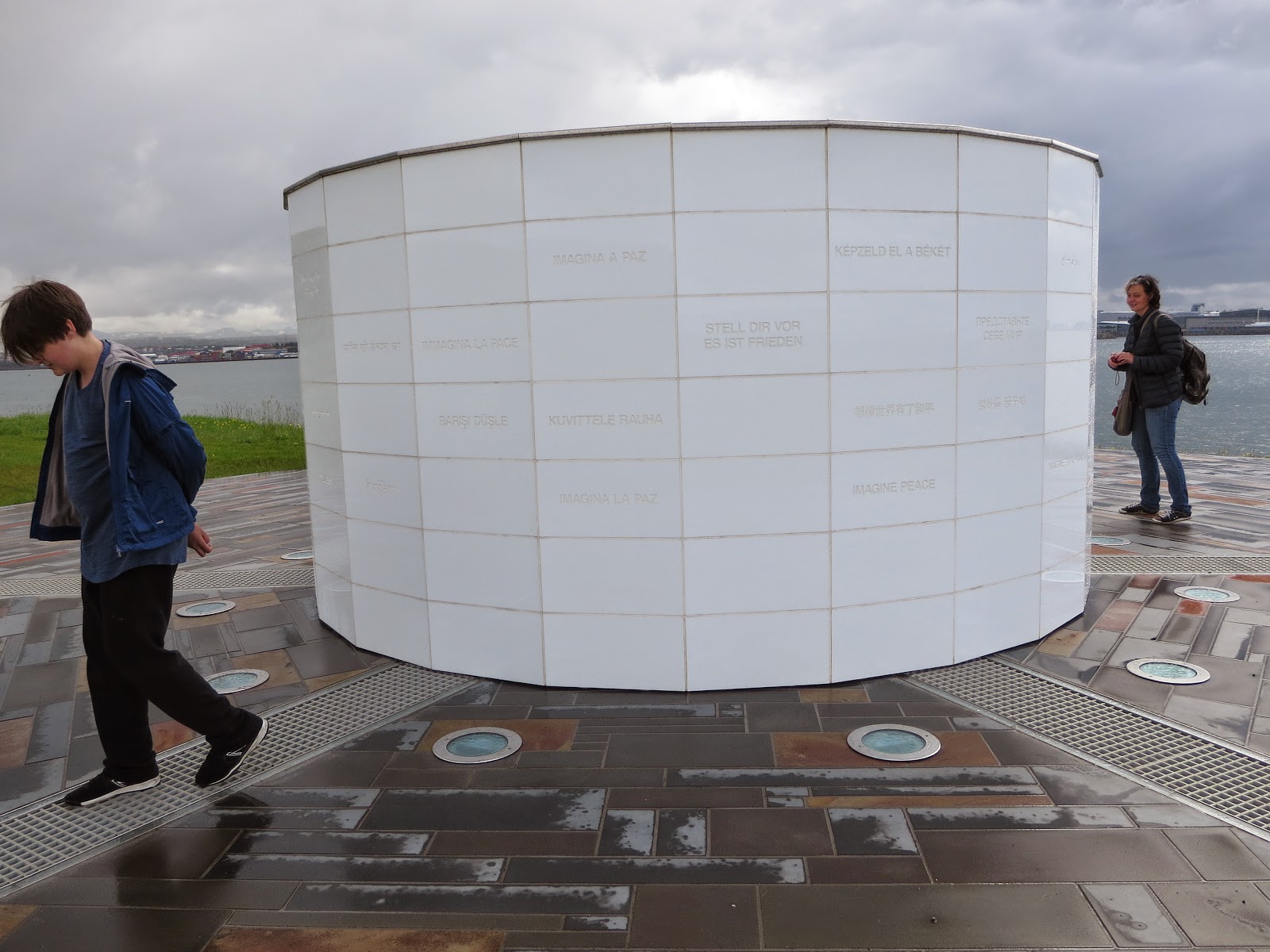 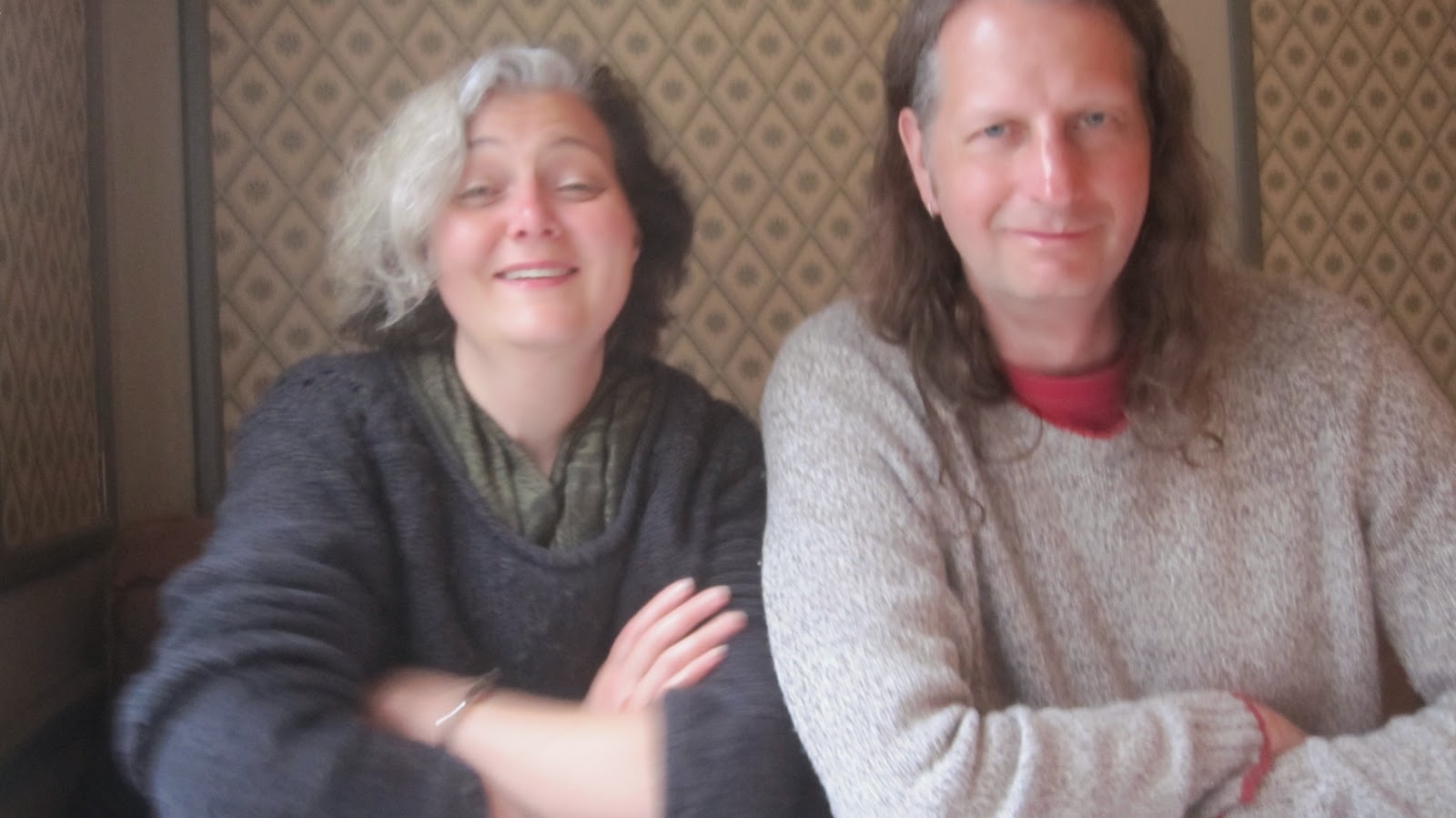 We sought out one of the recommended places for supper. On the way, one restaurant was sampling soup outside and it was great, but we continued past to the other place, which ended up being a fairly cool American style cafe with lots of pop photos and hamburgers. We stared at the menu for a few minutes, got no service, so slipped out and back to the soup place. The supper was excellent. On my way out to pay, a minute or so after William took this photo of us, I hit my head on the low ceiling and was almost sick for a half hour. I don't know the last time I hit my head that hard. We left immediately afterwards.

After an hour, I had my bearings again and headed out on my own to find the local comic store, "Nexus". In most ways, it was exactly like any North American comic store, including the majority of the content. It also sold science fiction and fantasy novels as well as the ubiquitous strategy games, figurines, themed mugs, etc. I purchased a few Icelandic comics but this is a rare commodity. While the publishing industry is very strong here, this does not extend to comics which are still deemed by the government to be detrimental to literacy. 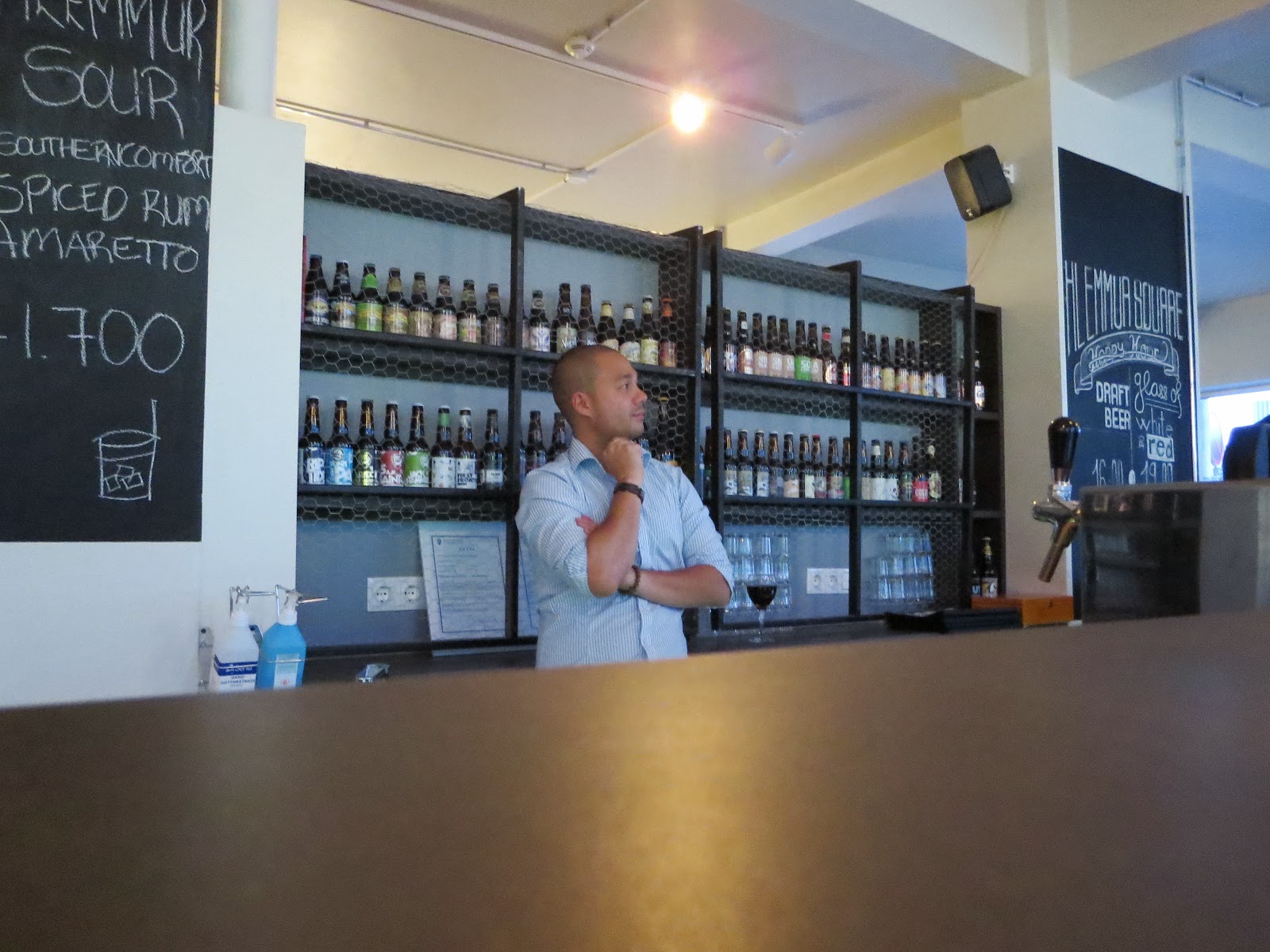 I slipped down to the bar before closing. The staff, as I said, were really nice. I had a great chat and a shot of local drink which is mostly vodka but has a slight licorice flavour. There was an American newlywed couple at the bar talking about how good the coffee is here but also missing the really big cups they get at home.
Posted by Gerald Saul at 9:56 PM

I don't know a great deal about the European comics industry, but I think that view of comics is unusual in Europe. Sounds like it was a cool store.