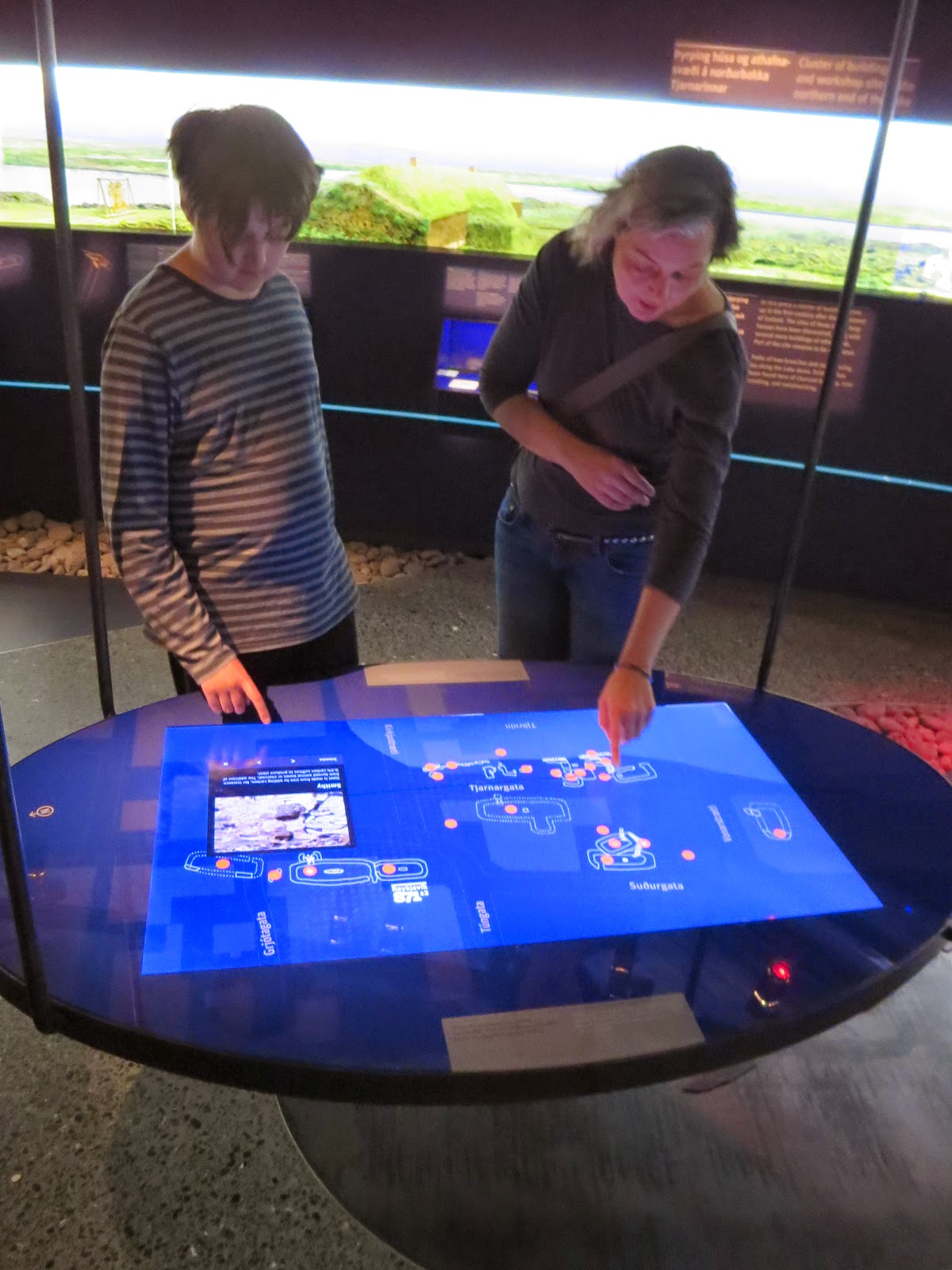 Today is "White Monday", which is a religious and civic holiday in Iceland. Fortunately for us, most tourist things are still up and running. We went to museums and art galleries. The first was the site of a house built around 867 AD. It was discovered a few years ago beneath Reykjavik and they excavated the area and left everything exactly where they found it. The funny thing is, the location is 10 feet below street level. The gallery space is in the basement with a skylight to look out to the street above. They built an interesting juxtaposition of new and old with the stonework surrounded by large touch screen monitors which allow you to investigate details of the history. 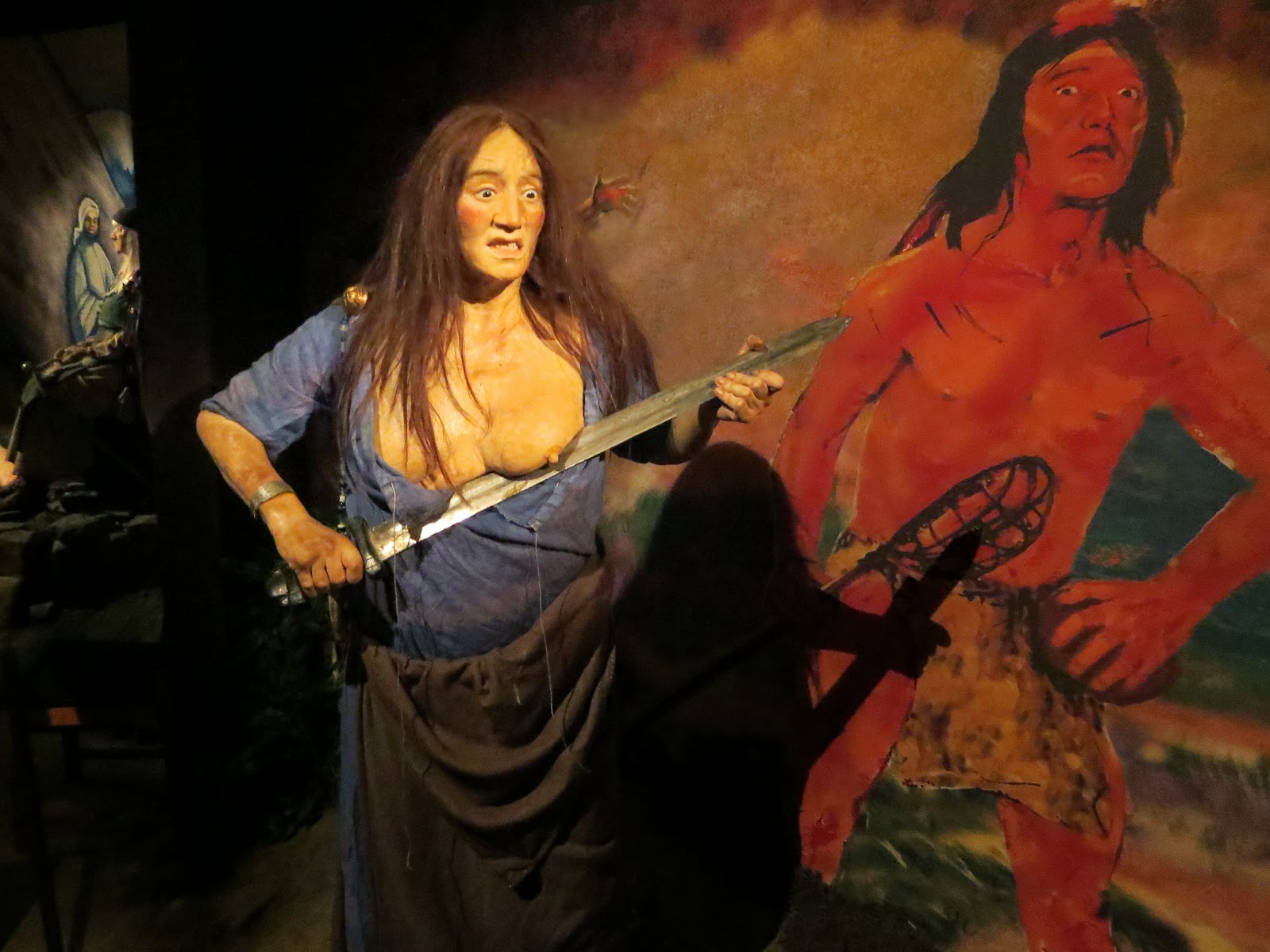 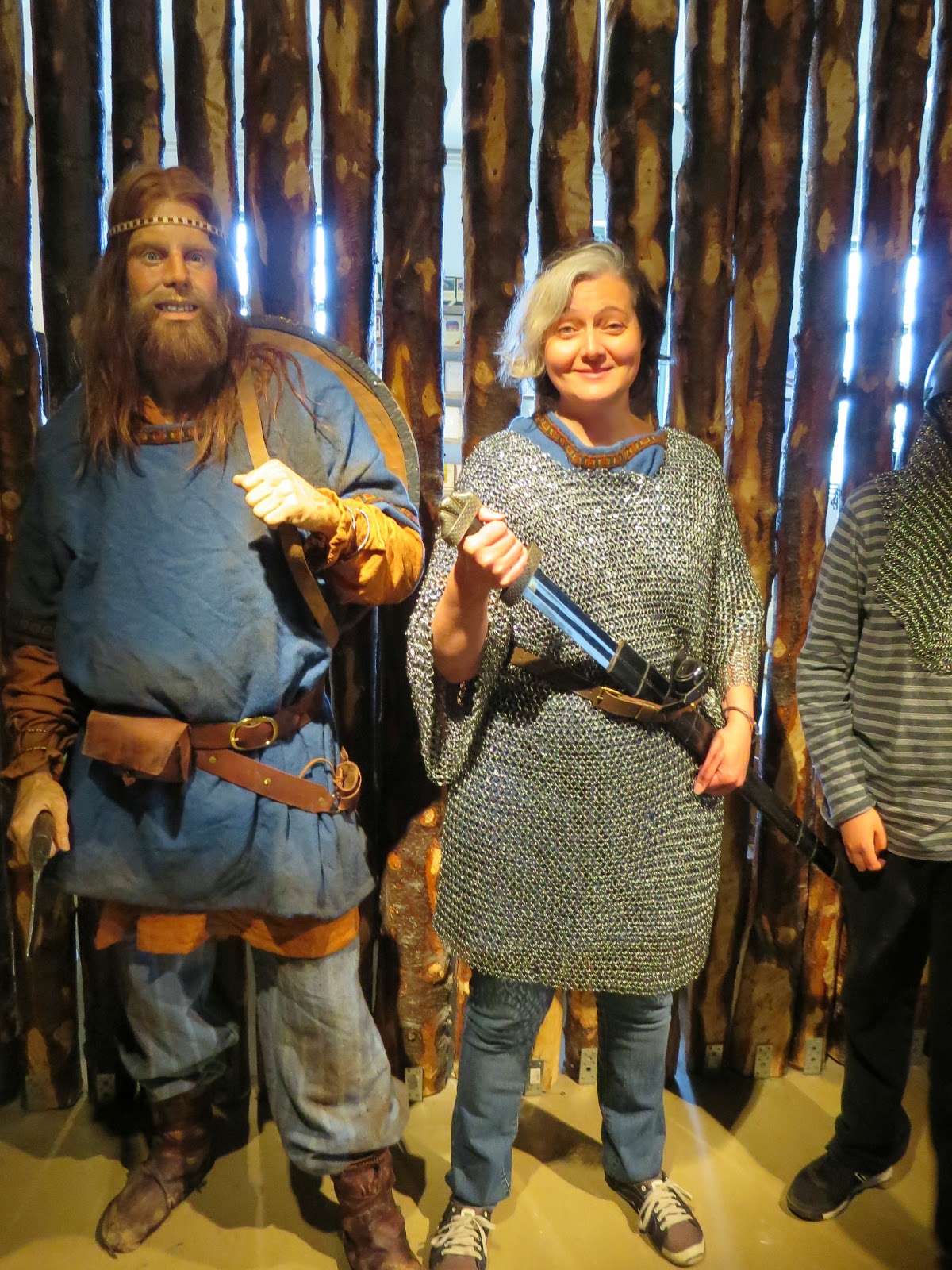 The Saga museum is another new addition to the city with the history of Iceland depicted in about 20 wax sculpture tableauxs. They used real Icelandic citizens as face models for the statues. They are all created with great authenticity and the scenes, although sometimes violent, are never garish or corny. The whole thing can be toured using a headset verbal description in a number of languages. 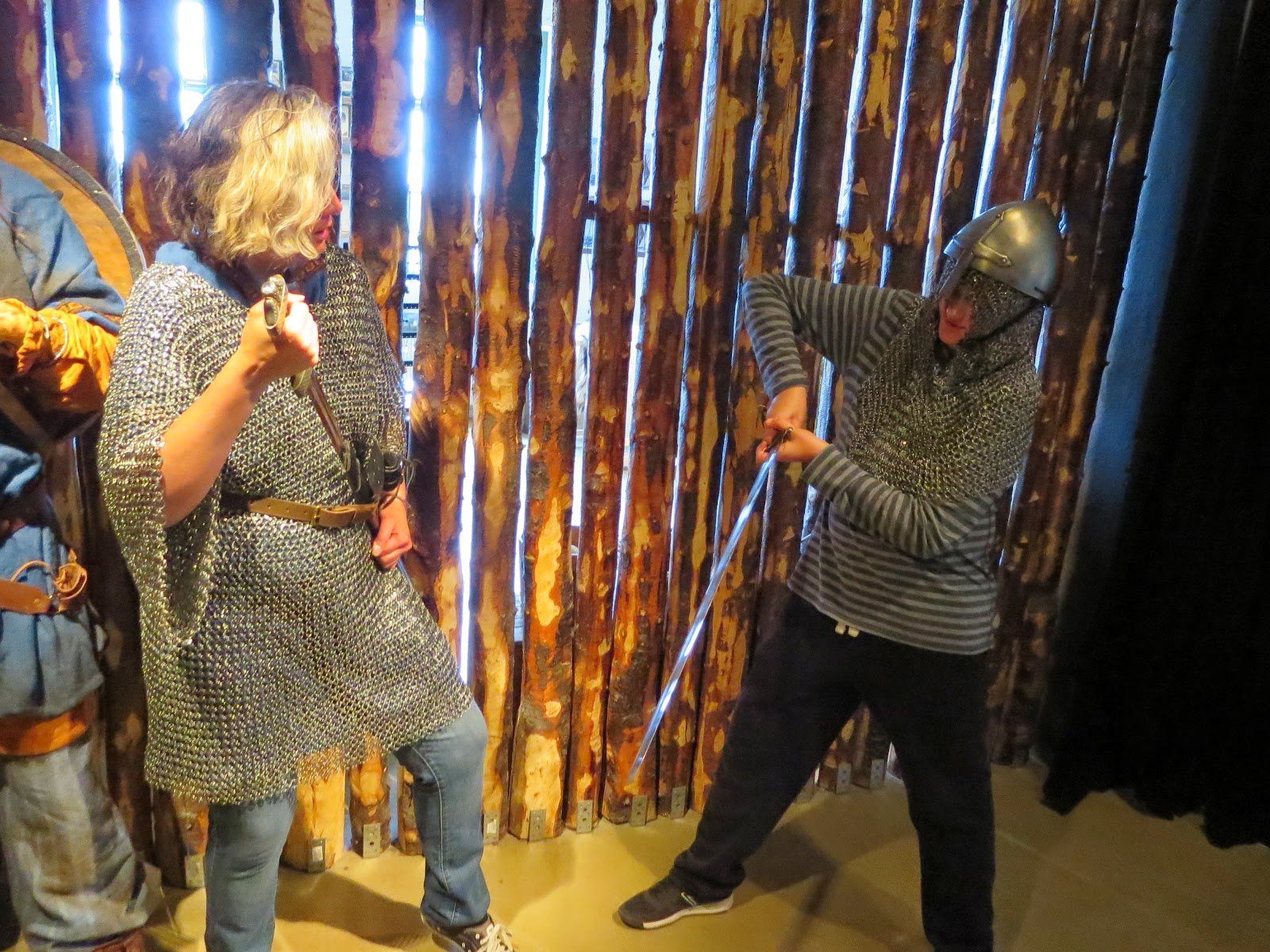 At the end of the tour is a film which shows the building of the gallery and creation of the waxworks. There was a guy sitting in front of us who was very engaged in the film. When the loop began again and he didn't leave, I began to question the true nature of his interest. Ends up he was wax. I had William sit beside him to ask him a question (I'd told William that this guy was intimately involved in the gallery) and even from a foot away it was nearly impossible to tell he was fake. 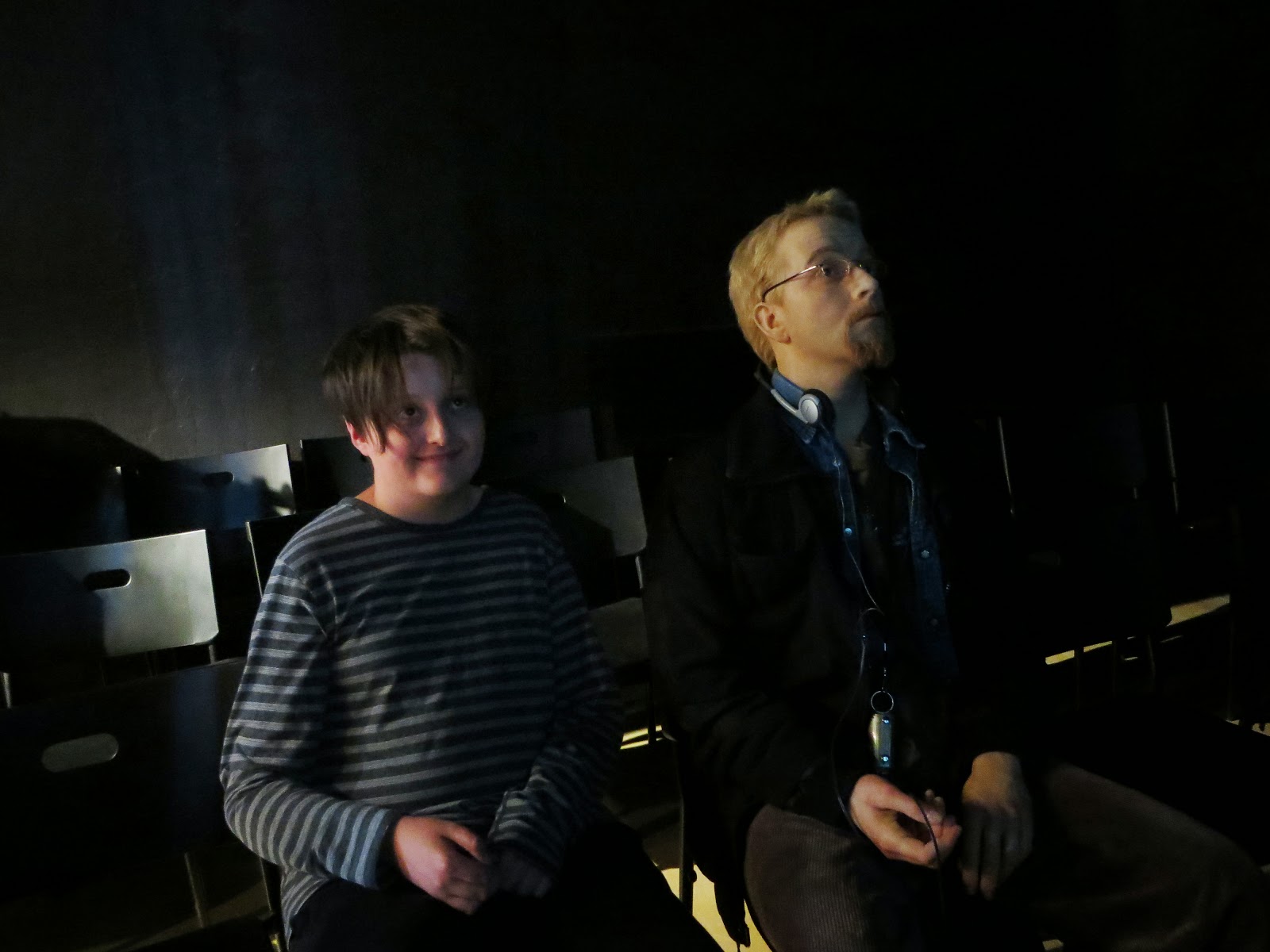 In case we didn't get another chance, we stuck our hands into the North Atlantic water. 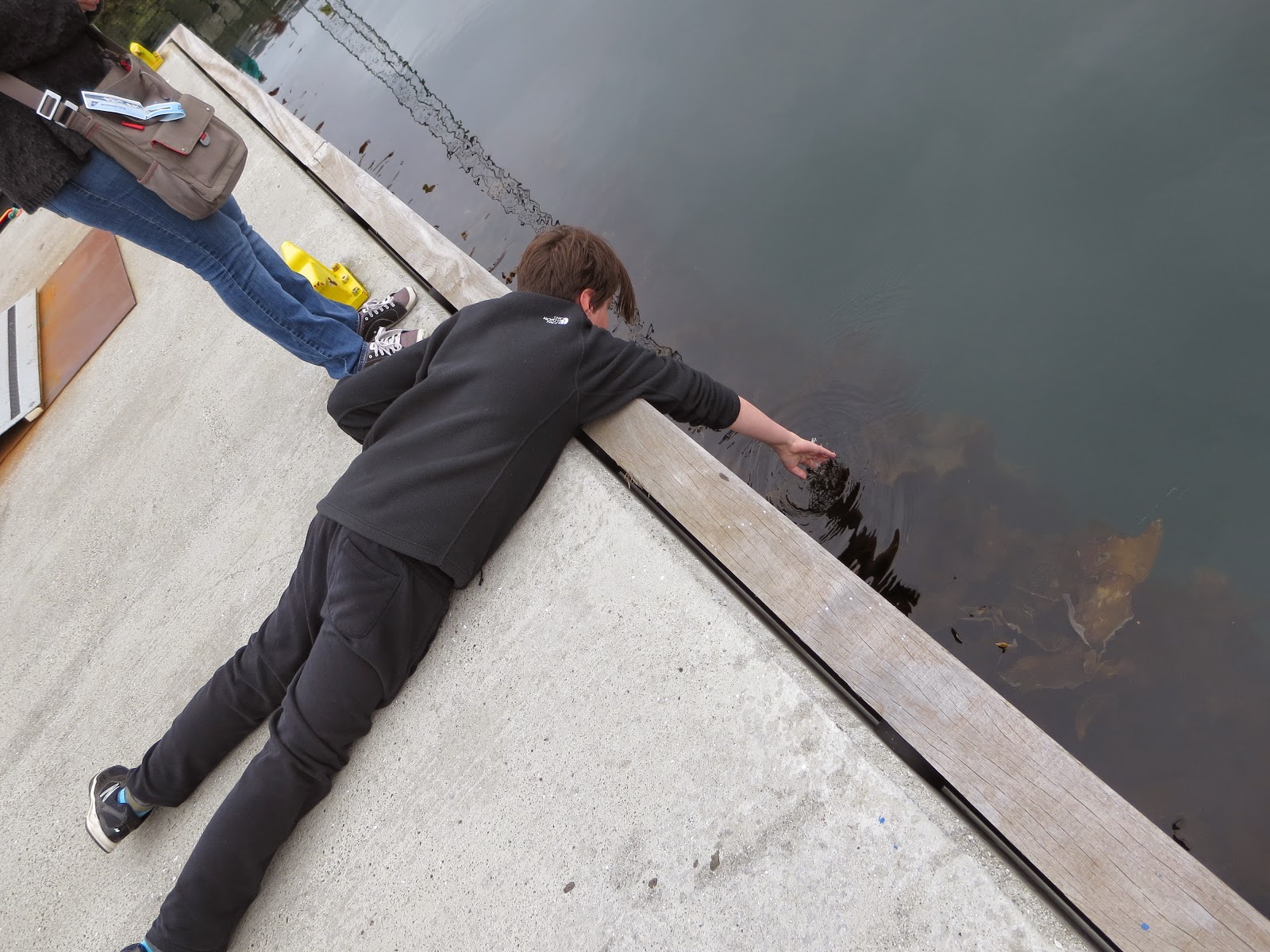 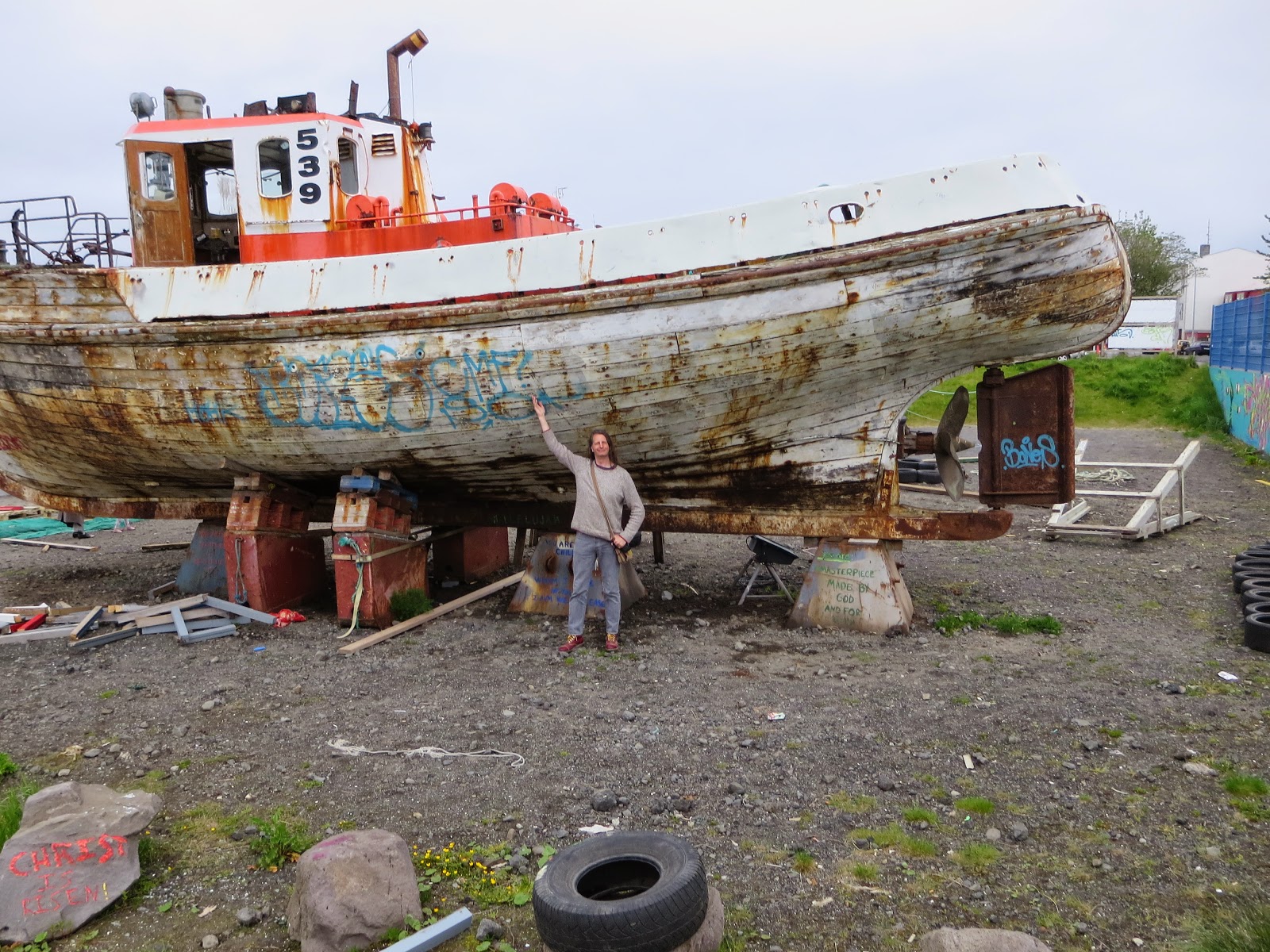 Near the peers was a nautical museum. William watched most of a film about the transition between traditional fishing (four or five guys working all day in a small boat) to modernization. Many artifacts from the past two hundred years but very few earlier items. We thought that there was a replica viking ship here, but that is in a sister gallery in another town. They did have some waxwork scenes about 20th century politics in Iceland. This is a stereoscopic image on one. 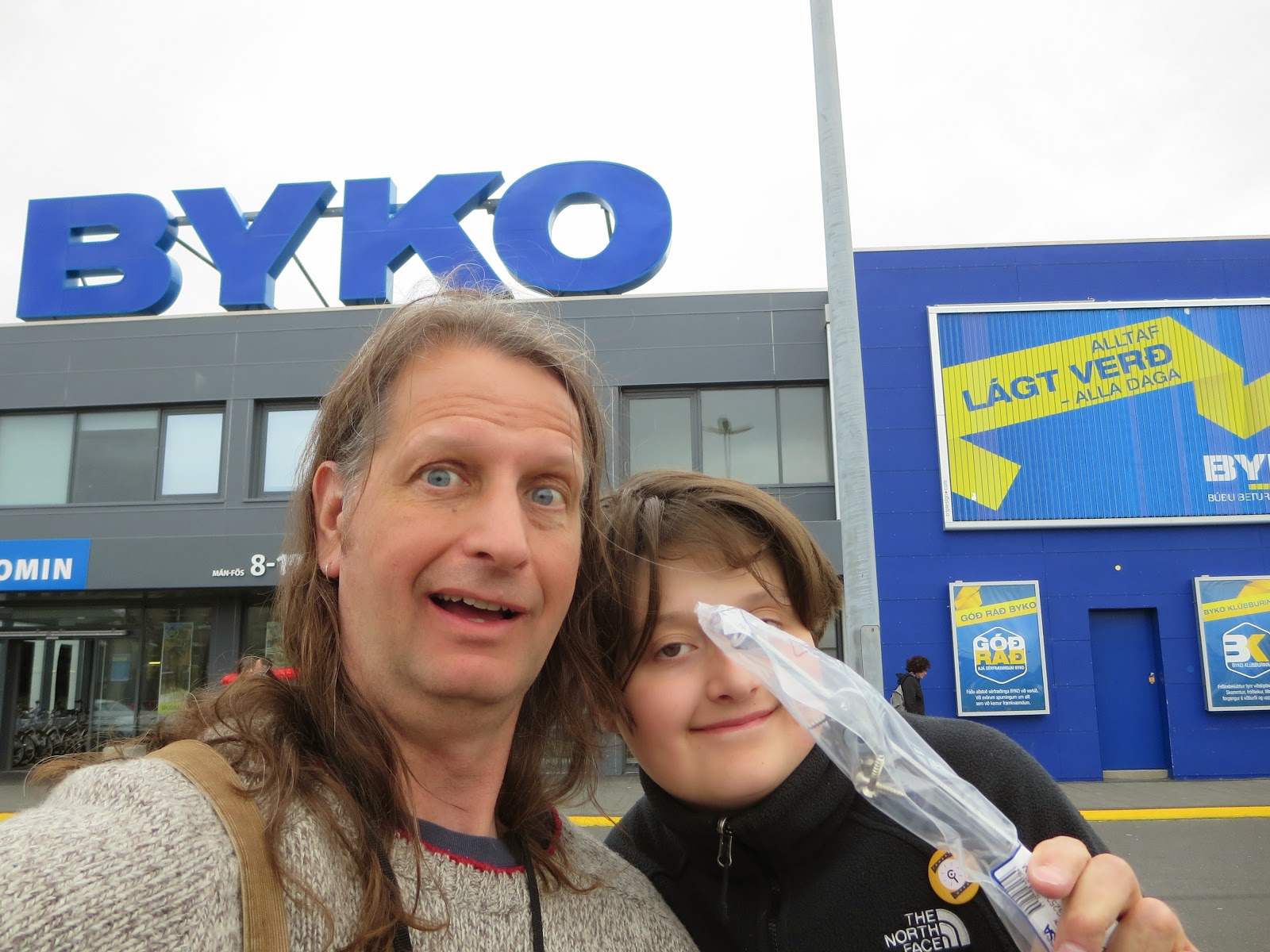 Near the Saga was a Home Depot-like hardware store. I had taken a photo of the window opening hardware from our hotel which I am certain would be perfect for our bathroom at home. I've been unable to find anything remotely close in Canada. The staff were very helpful at helping me locate the item in my photo. I didn't expect to come to Iceland to buy home renovation supplies.
Posted by Gerald Saul at 11:11 PM

Wow, great museums. I don't think I could ever do more than one museum or gallery in a day. I'd have to choose. I'm going to have to choose when we go to London.

The museums were each unique and interesting, but none were particularly huge like the AGO or National Gallery, etc. Two hours was generally enough time to take everything in.