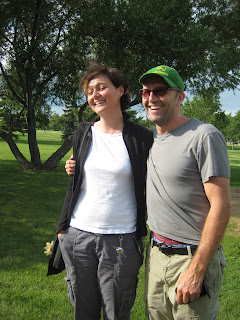 Sorry for brevity of last post. I actually had a very busy weekend. Carl Bessai was in town. We went to the farm yesterday and drove all over the place looking for places his father grew up, went to school, and was buried. Carl and each of his three brothers are drawn to return here every few years to retrace their heritage. 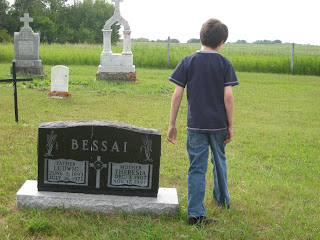 We were glad to host him and his family. Other than talking family, we talked a fair amount about film. He thinks that Regina should have a film festival (an international feature film festival) to be part of the circuit that includes Montreal, Toronto, Calgary, and Vancouver. He is certainly right, although festivals are renowned for their ability to consume more hours than anyone has to put into them and I'm not in a position to do it myself. Would be cool though. We didn't get out to Moose Jaw but we talked about Sukanen for a while. He referred to the ship in his feature "Emile" which he directed with Ian McKellen a few years ago. Carl was an obvious choice to be an external on Chrystene's "Sisu" thesis but the personal relationship would certainly have got me into hot water. Carl had a last minute change of plans and had to leave town first thing this morning instead of tomorrow. I spent the day re-laying the patio by the garage. We drove by Paul's house and looked at the absence of his garage that was torn down the other day to make way for a new garage. 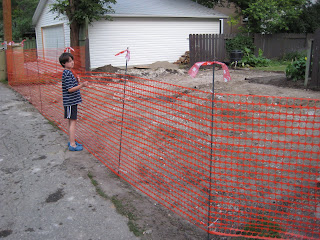